The Best (& Worst) States for Dentists 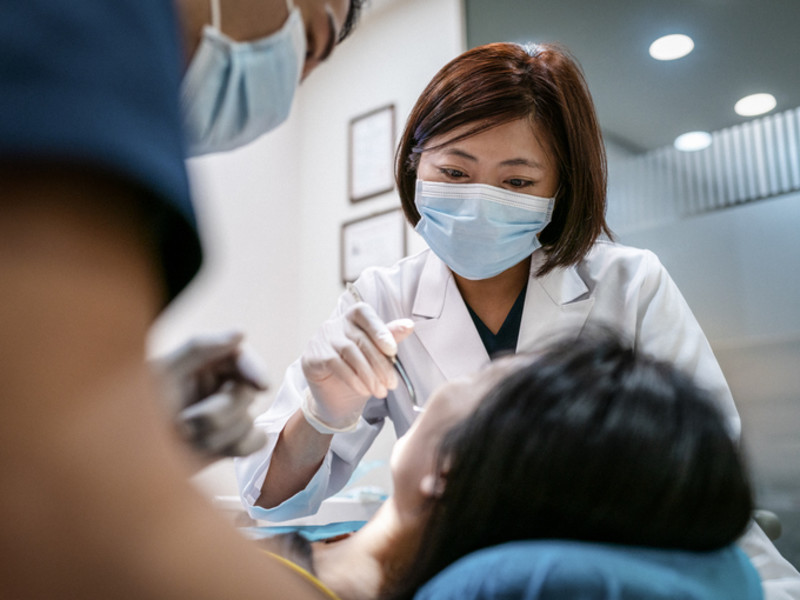 No matter where you are in your career -- whether you’ve just earned your license or are a veteran dentist -- location is a big factor that you’ll want to consider as you decide where to practice. Seemingly small details like the city, state, or even work setting can have a significant impact on your earning potential. For example, it might not surprise you to hear that states with higher populations like California and New York tend to employ more dentists than states with smaller populations. Or that cities and states with a high cost of living tend to offer higher salaries than those cities and states. But did you know that dentists who work in dental offices don’t necessarily make as much money as those who work in mental health or substance abuse facilities?

Moral of the story: you’ve got options - lots of them. So now, you’ll want to focus on some data to help decide where to lay down roots. To help you figure this out, we collected data and rankings for each state along 5 metrics that play a key role in a dentist's professional and personal lives:

Below, we've provided you with a high-level summary of the best and worst states for dentists in 2021 across those 5 factors. If you want to dig deeper into the data, we've also provided detailed explanations of how each metric was calculated, along with state-by-state rankings for all 50 states.

For your skimming pleasure, here's a high-level summary of the best and worst states for dentists, based on May of 2021 data.


The Best & Worst States for Dentists: Affordability/Cost of Living


The Best & Worst States for Dentists: Quality of Life

It shouldn't come as any surprise that most job-hunters focus a lot of their attention on their earning potential. That said, salaries tend to vary (and sometimes significantly) from state to state. To help you get an idea of how much you potentially could make in each state, we've shared the latest BLS salary data for general dentists below, in order from highest to lowest salaries.

(Keep in mind that all BLS data reflects the employment and wage numbers for dentists as of May 2021, which the BLS published in September 2022.)


Demand/Job Growth for Dentists: By State

The more job openings there are, the greater the need there is for a specific profession. Below, we’ve shared occupational projection numbers from Projections Central to show you how much demand there will be for dentists on a state-by-state basis between now and 2028, both in terms of raw job opening numbers and job growth percentage. We've ordered the states from highest to lowest numbers of projected job openings.

You’ll notice that there are some two-way ties in the number of job openings. Within those tied pairs, we ranked them based on who had the higher job growth percentage.


Cost of Living for Dentists: By State

Of course, no conversation around salary and job growth can be complete without also taking into account the cost of living for a given area. While having raw salary data can be helpful to give you a general idea of your earning potential, you'll get a much more realistic picture of your actual income when you understand just how much of it will be going toward living and housing expenses.

To help you get a better picture of your earning potential in different states, we turned to U.S. News's 2021 Affordability Rankings, which was part of their larger Overall Best States of 2021 ranking (more on this later). To determine how affordable each state was, U.S. News gave them scores on 2 metrics: cost of living and housing affordability. Based on those scores, each state then received an overall ranking on a scale of 1 to 50, with 1 being the most affordable and 50 being the least affordable.

Below, you'll find U.S. News's Affordability rankings for all 50 states, along with their respective scores across the 2 metrics.


Quality of Life for Dentists: By State

Once we got a better understanding of what each state could offer dentists as far as earning potential, job growth, and cost of living, we decided to find out the kind of quality of life they could expect to have in each area. To do this, we turned to U.S. News’ 2021 Best States Rankings, which considered a whole host of natural and social environment factors on a state-by-state basis. They determined each state's rank by first scoring them along the following 8 metrics:

The scores were on a scale of 1 to 50, with 1 being the best and 50 best the worst. They then used those scores to provide an overall ranking for each state. (You can read more about their methodology here.) Below, we've provided you with quality of life rankings for all 50 states, along with their scores for each of the 8 individual metrics.

So, you might know where you want to live -- or have a few cities in mind, but what are their states’ requirements for dentists? The American Dental Association (ADA) provides state by state details on license requirements, as the individual state is the “final authority” on requirements to practice dentistry. If applying for a dental license in the majority of U.S. licensing jurisdictions, you must meet three basic requirements:

Figuring Out Which Location Is Right for You

When doing your research on where to operate as a dentist, you’ll obviously want to find out how much you’ll be paid, cost of living in any given area, and what your quality of life will be. But also consider the type of industry you’ll be working in. For example, the BLS lists these top-paying industries for dentists with the accompanying annual mean wages:

The mean annual wage for general dentistry is $167,160. That means you could potentially make about $20,000 more just by practicing other ambulatroy services or for the state governemnt.

Also take into account the employment levels for dentists in each state. For example, in May 2021, California employed about 14,770 dentists, while Illinois employed only about 2,390 dentists. This might mean that if you’re becoming a dentist in California, you’d be entering a more saturated market than one in a smaller state like Illinois.

It’s up to you to decide what’s most important to you as a dentist and in life. Figure out what determines success for you and your family, and then focus on which states, cities, and industries can provide you with what you need to live your best life. Good luck!

How we use your email address
Lauren Garcia

is a contributing writer for Berxi. She's a freelance writer and editor from Orlando, Florida, and a 10-year news veteran. When Lauren's not busy with the written word, she's making magic in the kitchen or chasing her toddler around Disney World.

How to Write a Great Dentist Resume

How to Write a Dentist Cover Letter

Dental Office Incident Reports: Why They Matter and What They Include