How Much Do Dentists Make? 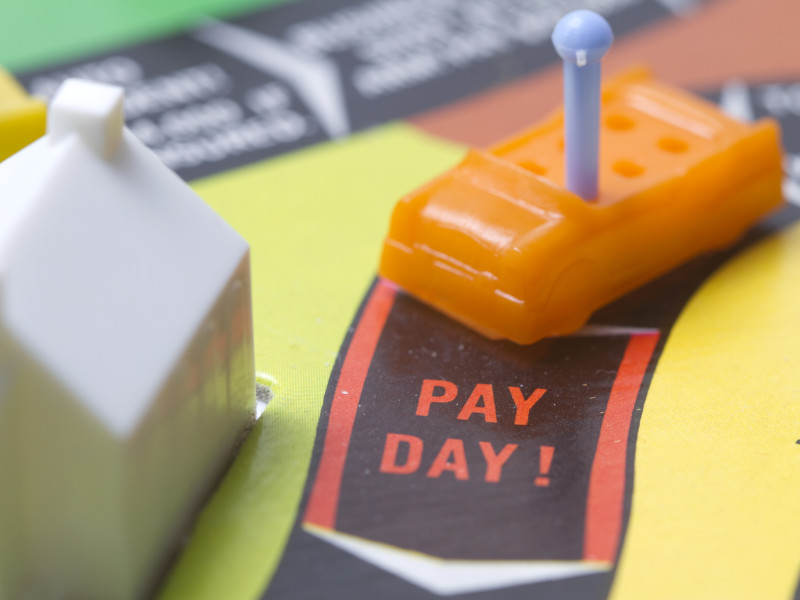 In choosing a career, most of us consider both personal and financial goals. In the 2021 edition of its Best Jobs ranking, U.S. News & World Report highlights dentistry as its #5 job in healthcare and its #9 job on the best 100 jobs list. A variety of factors play into this ranking (excellent work - life balance, in particular), but impressive pay definitely plays a role.

Becoming a dentist takes years of hard work, so it's important to understand your career prospects before you embark on this difficult but likely rewarding journey. Similarly, if you already work in dentistry, it's worth your while to get a refresher on compensation trends. This understanding may impact where you work — and whether you shift into a new specialty — in the future.

In this guide, we break down the considerations that determine dentist pay, including location, years of experience, and more.

What Determines a Dentist’s Salary?

These four elements play a large role in determining a dentist’s salary.

How Much Is the Starting Salary of a Dentist?

Many dentists find that, after gaining several years of experience in a clinical setting, their earnings increase dramatically. According to salary data collected by PayScale, the average entry - level dentist can expect to earn annual wages of $120,608. This increases to an average of $129, 921 after 1 - 4 years of working in dentistry.

How Much Do Dentists Make a Year?

In general, dentists can expect to earn well into the six figures. Beyond this generalization, however, pay can vary considerably from one dentist to the next. This is verified by the latest salary research, which we break down below.

In its May 2020 report, the BLS lists an average annual wage of $180,830 for general dentists. Outside of this category are several types of dental specialties, such as:

Keep in mind that there are significant differences between the median and average, both of which are often referenced by the BLS. The median highlights the midpoint within a set of salary figures. Half the salaries represented exceed this midpoint, while half fall below. Conversely, the average (otherwise known as the mean) involves the sum of all relevant salary figures divided by the total number of figures within the set.

Dentists can earn dramatically different wages based on their employers. This is evident from BLS data that show the range of pay levels available to today's dentists. General dentists in the 10th percentile earn $81,060 annually, the 50th percentile (median) earn $158,940, and the top 90th percentile make over $208,000. The BLS does not provide exact figures for wages among general dentists who out - earn 75% or 90% of other professionals in their field.

How Much Do Dentists Make an Hour?

As the BLS points out, hourly wages can differ considerably based on the number of hours worked per week. Schedules vary, as some dentists work during regular business hours and others dedicate weekends or evenings to meeting their patients' most urgent needs. What's more, while many dentists work fewer than 40 hours per week, some work far more.

Even the lowest - paid dentists can expect to exceed the 2019 US workforce median wage of $19.33 per hour identified by the Economic Policy Institute. Determining an average hourly wage range for dentists depends on multiple factors, as discussed above. The BLS does provide a range, however, on its website, with the lowest range being $39 an hour, the median $76.41, and the top percentile making over $100 an hour.

How Much Do Dentists Make by State?

Geography is hugely influential in determining dentist pay. Dentists in high - paying states can expect to earn, on average, over $100,000 more per year than their counterparts in the lowest - paying areas.

5 States Where Dentists Earn the Most, May 2020

5 States Where Dentists Earn the Least, May 2020

Other FAQs Regarding Dentist Salaries and Job Outlook

By now, you should have a solid grasp of the many factors that determine dentist pay — and that, despite the averages listed above, there is no typical dentist salary. Below we answer several additional questions you may have about compensation and employment trends within the field of dentistry.

Who are the highest-paid dentists?

Dentist salaries can skyrocket for professionals with upper - level certifications who work in high areas of demand. For example, experts at job site Indeed posted in May 2021 that an oral and maxillofacial surgeon in North Dakota earns an average of $407,099 per year. Some specific job posts on the site list annual salaries exceeding $440,000.

While the occasional headline highlights multimillionaire dentists, Michael W. Davis, DDS, tells Dentistry Today that these success stories rarely earn their fortunes by way of dentistry alone. He explains that almost no dentists who become truly wealthy do so while "glued to chairside dentistry as a primary income source." He adds, however, that "jealousy of these affluent doctors is foolish," as today's dentists can still make a very comfortable income while also accessing true wealth "through a code of personal and professional conduct and ethical dealings," which ultimately lead to personal satisfaction.

How much do dentists make if they own their own practice?

ZipRecruiter provides valuable insight on whether the hard work of launching a private practice pays off in terms of wages. Its data suggest that as of December 6, 2021, private practice dentists earn average annual wages of $178,594. Meanwhile, ZipRecruiter 's findings show that associate dentists, on average, earn $159,740 per year.

Do dentists earn more than doctors?

There is no simple answer to this question, as physicians’ salaries vary even more widely than dentists’. On the whole, however, dentists do not out - earn doctors. In its May 2020 report, the BLS lists an average annual income of $214,370 for family and general practitioners.

It's possible for certain types of dentists to earn more than some doctors. For example, the lowest - paid specialty highlighted by the BLS — pediatrics — produces average annual earnings of $184,570, compared to well over $200,000 per year for the average orthodontist or prosthodontist.

What is the job outlook for a dentist?

Dentistry can be a competitive field, but plenty of job opportunities are still available. According to the BLS, the industry holds a job outlook of 8% growth between 2020 and 2030. This matches the average growth rate of 8% across all professions. By 2029, the BLS predicts that an additional 11,100 dentistry jobs will be added to the US economy.

Is becoming a dentist hard?

Dentists must undergo extensive training to become licensed to practice. This depends, to some extent, on the state in question. In general, however, aspiring dentists must first earn their Doctor of Dental Surgery or Doctor of Dental Medicine. Even admission to dental school can be difficult, as it means passing the Dental Admission Test and earning a high grade - point average. Once enrolled, aspiring dentists can expect to remain in DDS programs for between three and four years.

After graduating, dentists must pass the National Dental Board Examination. They may also need to take exams at the state level. Those who intend to work in higher - earning specialties must obtain postdoctoral training. Depending on the specialty or location, residency experience may also be required.

Summing It Up: Great Opportunities in a Competitive Industry

Life as a dentist can be deeply rewarding, both in terms of personal satisfaction and compensation. For those who are genuinely passionate about dentistry, the potential for high wages accompanies an amazing opportunity to improve both patients' oral health and self - esteem. This is truly something to smile about.

Dental Practice Requirements: A Guide for Starting Your Own Practice

The Top Reasons Dentists are Sued: Malpractice Stats and the Most Common Mistakes Dentists Make

Dental Team Salary Guide: Tips for How Much You Should Pay Your Team