Do CRNAs Get Sued? 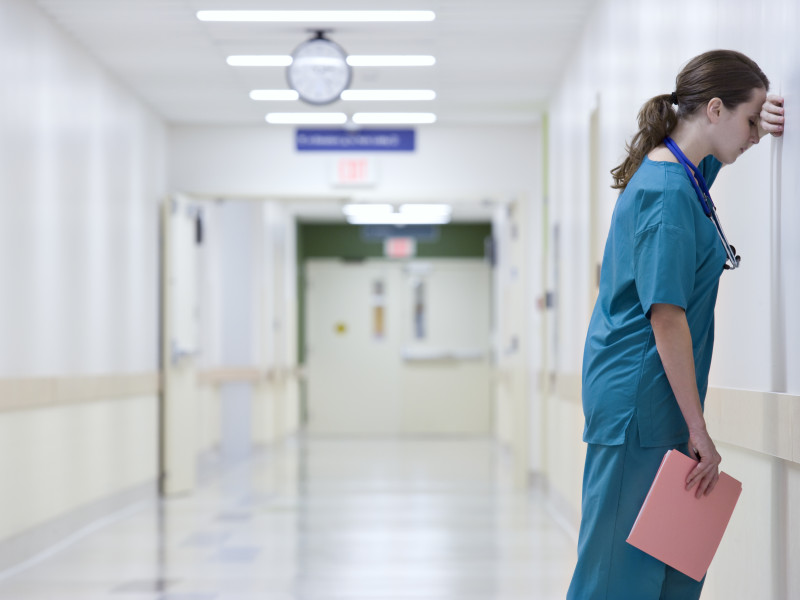 The idea of getting sued isn't a pleasant one for anybody. As a CRNA, you may not think about the potential to be sued in the performance of your duties. But that doesn't mean you don't have risk. It's important to understand that you can be sued, and if you are you'll want to know what steps you should take to protect yourself and address any legal concerns. Here are the main things you'll want to consider.

Do CRNAs Really Get Sued?

In short, yes. CRNAs really do get sued. Generally, it's the anesthesiologist who's named in the lawsuit, but a CRNA may be named as well. In 2018, CRICO launched its CBS 2018 Benchmarking Report, which analyzed about 60,000 medical professional liability cases from 2007–2016. The report found that, though liability for nursing error-related malpractice cases tended to fall largely on organizations or physicians, individual nursing professionals (including CRNAs) were named as defendants in about 14% of those cases. Though it may seem like a small number now, it’s one that has been growing slowly over time -- and one that experts fear will continue to grow as the number of malpractice claims and lawsuits increases too.

Why Do CRNAs Get Sued?

There are several reasons that a CRNA might be sued. It's important to keep in mind that anyone can sue for anything, and most lawsuits are settled out of court or dismissed. Still, even if a lawsuit doesn't amount to anything it can be very stressful and challenging to be a party to one.

Understanding that you might get sued -- and what it would typically be for -- can help you be more prepared. According to a 2019 article in Minority Nurse, the most common reasons that a CRNA might face a lawsuit are:

Those are reasons that many medical professionals could be sued, and the any lawsuit that includes them will like name more than just the nurse anesthetist. However, more and more states are allowing a CRNA to work independently now, instead of only under the supervision of a physician. This allows them to help more people and provide care in rural areas where other options might not be available, but it also exposes them to a higher chance of being sued.

To better understand how CRNAs might end up facing lawsuits, it may be helpful to look at a couple of real-life malpractice cases and their outcomes.

An 80-year-old male patient died after being placed under anesthesia and having a procedure performed to address bladder cancer. There were complications from the procedure and the man died after additional interventions were unsuccessful. The patient's widow filed a lawsuit, which alleged that the CRNA breached the standards of care by failing to properly empty the patient's stomach before the second procedure. This failure caused aspiration of the stomach's contents into the lungs, and the airway was not sealed off fast enough when a breathing tube was inserted. The jury found the CRNA at fault and the verdict was in favor of the plaintiff for $10 million.

In this case, a 33-year-old male patient passed away from incorrect propofol use. After a trip to the ER and admittance to the hospital, the patient was diagnosed with necrotizing pancreatitis which needed surgery. As he improved, he went back to the OR for an exploratory surgery on his abdominal cavity. A CRNA began anesthesia before a doctor was present in the room. While the patient experienced breathing problems immediately, it was 20 minutes before the CRNA and tech in the OR notified a doctor. The official cause of death was a mucus plug that was trapped in the patient's airway, and which could have been addressed without loss of life had the anesthesiologist been present at the time the problem started or had the CRNA notified someone of the problem right away. The court approved an undisclosed settlement to resolve the case.

What Can You Do to Reduce Your Risk?

Reducing your risk is key. While that doesn't stop you from being sued, it can help lower your chances of being implicated in a future lawsuit. It can also help you prevail even if you are sued, which can make a significant difference for your career. According to a 2019 Medpage Today article, the most important things you can do to reduce your risk are:

Remember that there is no way to completely avoid risk. Anytime a patient or their family believes care was mishandled, it's possible that they will sue. But the more knowledge you have and the more you've kept up with patient records, continuing education, and other important aspects of your job the less likely it is that you'll be found liable in a lawsuit.

Here are a few other common questions that are frequently asked about CRNAs and lawsuits.

Am I more likely to get sued if I have my own malpractice insurance?

No. This is a myth that needs debunking. According to legal professionals, there is no increased risk of being sued simply because you have malpractice insurance. Keep in mind that anyone who considers bringing a lawsuit against you doesn't have any idea whether you have this insurance or not. Also remember that a mistake doesn't have to be made for a lawsuit to happen. Malpractice insurance is important, and valuable.

Do CRNAs get sued a lot?

According to the data, the frequency with which CRNAs get sued isn’t significantly higher than any other profession. They get sued about as much as a midwife, which is just slightly more often than an RN or other type of nurse who doesn't have a particular specialty. However, when CRNAs are sued, the severity of the cases tends to be much higher -- and, subsequently, so are the payouts if the CRNA is found to be liable.

Do CRNAs get sued more often than RNs?

While it's slightly more likely for a nurse who specializes, such as a nurse anesthetist, to be sued because of the nature of the work they do, they aren't being sued at significantly higher rates than RNs. That said, any professional who has independent practice authority or autonomy should be prepared to defend against allegations of malpractice as a key decisionmaker (even if not the sole decisionmaker). Being a CRNA doesn't come with an excessive lawsuit risk that you need to worry about, over and above simply being prepared for as many eventualities as possible.

Remember, you can't necessarily prevent a lawsuit. Even if there wasn't any mistake made, an injured patient or family member may believe their medical care was performed incorrectly or mishandled somehow. Even though you can't prevent every lawsuit from taking place, you can be ready for one if it happens. That can give you the confidence to do your job to the best of your abilities and protect and care for the people who are trusting you with their medical needs. Having malpractice insurance and making sure you focus on training and continuing education will give you important benefits as well as peace of mind.

How we use your email address
Janet LaFayette

is a contributing writer for Berxi through WriterAccess, a content creation company that's working with Berxi to provide the best content around.

HIPAA & Social Media: What You Can & Can't Post If You Work in Healthcare

What Is Patient Abandonment? Plus How to Break Up With Patients the Right Way