Here's How You Can Be a Better Diversity Ally at Work 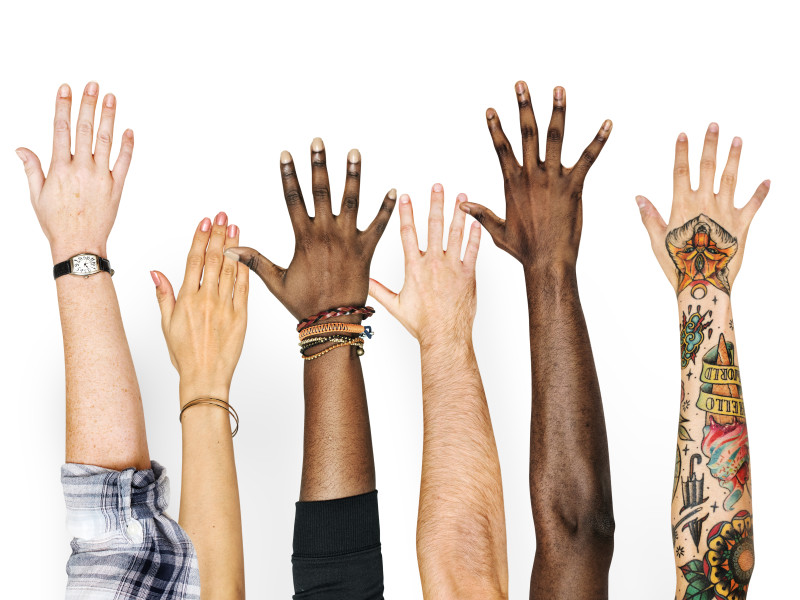 Have you ever been in the office when a manager told a bad joke? Like, a really bad and offensive joke? Maybe you’ve seen a male colleague ogle a female staffer and treat her differently. These common examples of bigotry and inequity show just how important diversity can be to combat discrimination in the workplace.

Discrimination is the act of prejudice. It’s the unfair treatment of people or groups of people, based on age, color and race, national origin, religion, pregnancy, political affiliation, trade/union activity, marital status, sex, sexual orientation, gender identity, and disability. According to the Equal Employment Opportunity Commission (EEOC), there were 72,675 cases of workplace discrimination complaints in 2019. Charges relating to color and race discrimination were the most common types of complaints.

So how can we make this better? It’s not only about removing or educating the “bad apple,” it’s about encouraging everyone to be an active ally.

One of the most courageous and influential things an ally can do is speak up for someone. Despite the fear associated with speaking up, the consequences of not doing so can cause more harm than good. In fact, not speaking up is equal to collusion. It implies complicity, agreement, and passive involvement, even if that’s not the intent. Think about kids on the playground: one is a bully, and another is a bystander. The bystander is just as responsible as the bully. Why? Because he or she is allowing bad behavior to continue and possibly even benefiting from it.

Translate that scenario to your team. Say your Hispanic teammate is continually getting the grunt work, while the white teammate is getting to shadow the manger on bigger projects. This white teammate should speak up, otherwise he is merely benefiting from racism. The more people speak out against injustice, the more reports are submitted, the more complaints are filed, and the more attention is drawn to illegal and unacceptable practices.

However, it is not easy to speak up in advocacy or defense of someone. It takes curiosity, lots of courage, bravery, and the ability to show up to be an ally.

As a diversity and inclusion advocate, my goal is to educate, empower, and equip people with the tools and information to create equitable and inclusive spaces for everyone. This includes strategies on how to be an active ally.

What Does It Mean to Be an Ally in the Workplace?

An “ally” is a person who uses their influence and privilege to call attention to and show support for an oppressed person or group. Allies support groups or individuals they may not personally identify with but want to help anyway. That’s what makes being an ally special. An active ally is someone who consistently works to dismantle barriers and doesn’t seek acclaim or attention for their effort. They regularly engage in difficult discussions, ask questions, listen to understand, and constantly check their own assumptions and biases. Allies frequently check in and confirm with the marginalized group or person to see if they’re using their power in a manner that’s beneficial and influential. And most importantly, an active ally is someone who’s willing to amplify the voices of the unheard.

According to The Muse, there are seven types of allies that can show up in the workplace:

Though each type of ally has its own distinct role, they all share a common purpose and goal: to create a safe and inclusive space for everyone by taking action.

Why Being an Ally in the Workplace Is Important

I get these questions a lot: “Why do I need to be an ally? Do people really want me speaking up for them? Wouldn’t that feel patronizing?” And my answer is always a very simple one: You need to be an ally because it’s just the right thing to do.

When working with a group of people over time, whether in person or remotely, they become your teammate. And, as with any team, you’re only as good as your weakest player. If a member of the team is struggling, feeling unwelcome, invalidated, or discriminated against, it’s the responsibility of the other teammates to believe them, listen to them, hear their story, and take an active role in improving their experience. This will boost the morale and productivity of the teammate and workplace.

And in doing so, being an ally, you’ll get to learn more about your teammate. You’ll understand that maybe it wasn’t lack of motivation, but instead, feelings of oppression or lack of respect. This is why awareness and empathy are the first steps of being an ally. The ability to see and understand your teammates as people as well as workers is essential for building strong teams.

How to Be an Ally of Diversity

Discrimination does not have to be bold, overt, or graphic to happen. In fact, there are many, many less obvious ways of discriminating against others that can be just as harmful as the overt kind. These are what we refer to as “microaggressions”: subtle, “everyday” actions that show implicit bias. For example, a microaggression could take the form of an inappropriate joke, or telling a Black woman, “You’re so pretty for a dark-skinned girl” (which, believe it or not, has been said to me numerous times). Microaggressions can also take the form of perpetuating outdated social norms, such as assuming that a woman wants to have children, or that her husband wants her to stay home once she does.

When talking with your teammates about the obstacles they’ve endured, try asking questions to learn more about their experiences so you can position yourself as an advocate. Here are a few examples of things to ask to educate yourself:

The best way to support someone isn’t just by acting (“I’m going to HR!”), but also by listening and learning. Physically show support with your regular daily actions. It might be that discrimination or harassment has never happened to you. In that case, it’s important to recognize your privilege as you hear about the experiences of others. It’s also important to seek out feedback on how you can be a better ally and teammate. According to Molly Q. Ford, vice president of Global Equity Programs at Salesforce, there are four key actions any ally can take when trying to uplift the voices of their peers. These are what she refers to as the “Four Equality Ally Practices”:

As a nurse educator, I find a lot of value in creating skills checklists to help people remember important information. For my active ally list, I’ve associated each with the specific part of the body necessary for that skill. Take a look:

The "Dos" and "Don’ts" of Being an Active Ally

If you’re looking for more guidance, the Guide to Allyship has a great list of “dos” and “don’ts” when working toward becoming an effective and active ally. Here are a few of my favorites:

"Our lives begin to end the day we become silent about things that matter.”

“Life’s most persistent and urgent question is, ‘What are you doing for others?’”

As you work to build a cohesive team, remember that creating an equitable and inclusive environment is important to get the most out of your teammates. All co-workers should feel welcome, appreciated, and respected despite their differences.

Offer resources, a platform, and effective and consistent communication. If you learn anything about being an ally, it’s to know that allyship is about aligning yourself to support a cause, group, or person. It’s not about you. Put some light on your teammate who may have been overlooked. Then move out the way, and let them shine!

How we use your email address
Tiffany Gibson, MSN, NPD-BC, CPN

is a contributing writer for Berxi. She is a Healthcare Diversity, Equity, and Inclusion Educator, as well as a Clinical Nurse Educator. Tiffany is also the founder of New Nurse Academy, which provides coaching, tutoring, and mentoring to nursing students and new nurses as they start their careers.

HIPAA & Social Media: What You Can & Can't Post If You Work in Healthcare

How to Deal With Imposter Syndrome as a Healthcare Professional