The Inspection Contingency in a Purchase & Sale Contract: Is It a ‘Get Out of Jail Free’ Card? 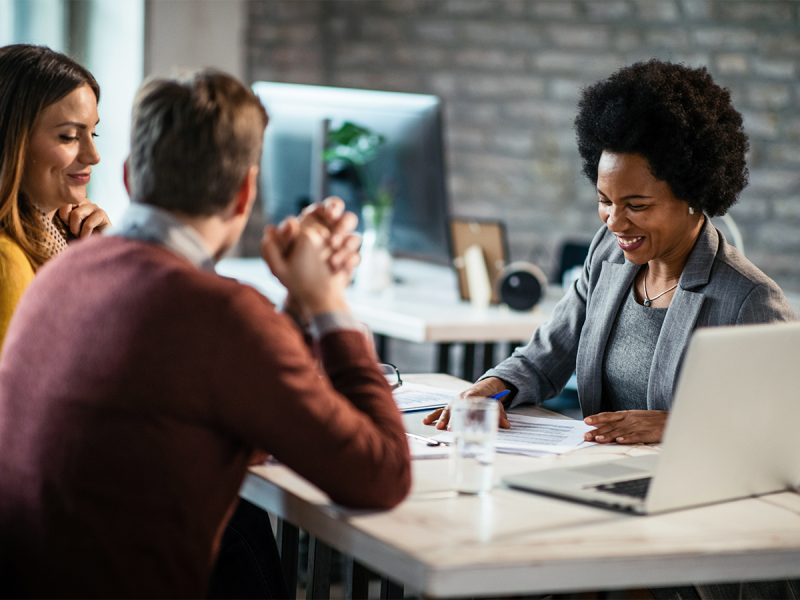 The following is based on a real case in California. Certain details have been changed for privacy.

Unfortunately, if agents don’t understand this principle, it can have serious consequences for both buyers and sellers (i.e., lost deposits, legal fees, and potentially bad branding). I say this as a lawyer who specializes in real estate litigation. I frequently receive questions about inspection contingency disputes from agents, and I believe that litigation in this area is trending upward as the market cools down.

A Real Example of an Inspection Contingency ‘Fail’

In the following case, the sellers put their home on the market in the fall of 2019 and were thrilled to receive multiple offers from interested buyers. After weighing the offers they received, the two highest bids came in at the exact same amount. Who to choose?

While they were both viable candidates for the property, one couple wrote them a heartfelt letter explaining why this house meant so much to them and the connections they had to the surrounding area. Naturally, the sellers chose them. Earnest money went into escrow, and the agreement was signed with only one contingency: an inspection contingency.

What happened next? The buyers bailed, and the sellers had to re-list their property. Unfortunately, they didn’t get the same great price for their home. Meanwhile, the original buyers had their deposit held in escrow, and in order to get their funds out, both parties had to agree to release them. The sellers refused and sued them for breach of contract.

Why the Inspection Contingency Is Not a Scapegoat

Furthermore, every contract across the U.S. has an implied duty of good faith and fair dealing. In effect, this means you can’t evade the spirit of the bargain, lack diligence or slack off, perform incorrectly on purpose, or interfere with the other party's performance. Thus, if your clients are trying to avoid their duty to perform in a contract and use the inspection contingency as an excuse, they are in breach of the implied duty of good faith and, in turn, the entire contract. And as the agent representing them, you could potentially be liable for negligence and be putting your reputation on the line.

So, say your appraisal came back the same as the purchase price. No one in their right mind should pull out of the contract citing the appraisal contingency. The same goes for the inspection contingency.

How the Inspection Contingency Can Hurt the Seller

A buyer’s use of the inspection contingency may not always damage the seller — but it can. In a robust market, sellers may fetch an even better price from new buyers. If a seller obtains a higher price from a new buyer, the seller is less likely to complain about the previous buyer’s illegal cancellation and may return the deposit. But as the market slows down, and as housing prices start to dip, re-listing a property often means lower prices.

In the case mentioned above, the sellers were forced to put the property up for sale again, this time in a less favorable housing market, right before the Thanksgiving holiday. As a result, the sellers suffered a price cut and also incurred expenses due to the delay in the sale of their property while they searched for a second buyer. Because the sellers incurred damages, they made a demand to recover the buyers’ deposit, which resulted in a dispute between the parties and legal fees. Eventually, the sellers recovered some — not all — of the buyers’ deposit through a negotiated settlement.

Real estate brokers owe a fiduciary duty to their clients in connection with a purchase of a home. It would be a breach of that fiduciary duty to allow a client buyer to believe an inspection contingency can be exercised for just any reason in order to get out of a purchase contract. It is important that brokers explain to their client buyers when an inspection contingency may or may not be exercised. And whenever a client buyer wishes to terminate a purchase contract, it’s our job as the real estate broker to alert them of possible risks and encourage them to seek legal advice if they are concerned about the legal consequences of any termination of contract.


This article is purely informational and does not constitute legal advice. There may be different outcomes depending on the laws governing the particular state where the property is located.

How we use your email address
Jeanne Grove, Esq.

is a contributing writer for Berxi and a partner at the law firm Kaufman Dolowich Voluck, LLP. Grove focuses her practice on real estate and business litigation, including homeowners association and co-ownership issues, purchase and sale disputes and nondisclosure claims, and boundary, title, development, and construction matters. Her representative clients include HOAs, real estate brokers and agents, developers, lenders, property owners, and business owners. Grove is also a California licensed real estate broker

5-Minute Summary: The National Association of Realtors Code of Ethics