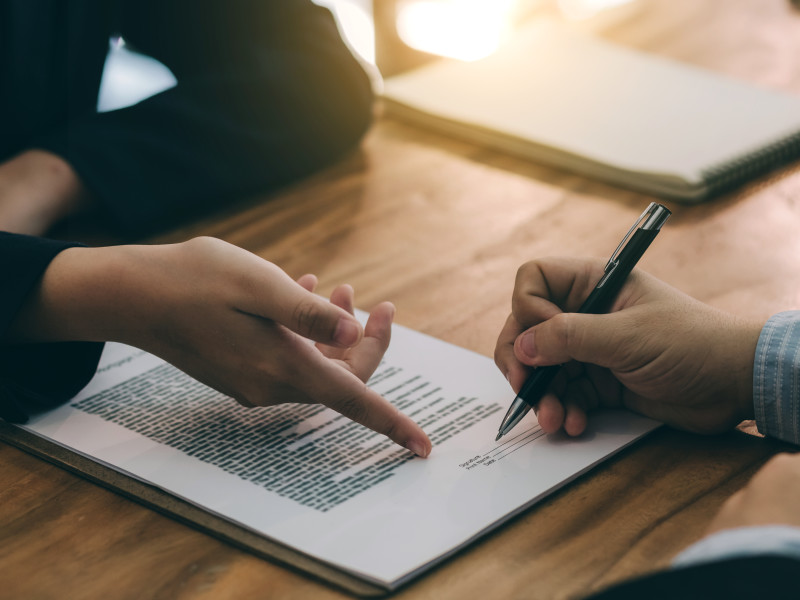 As a real estate professional, you're accustomed to handling sensitive information. You understand that, in the right hands, certain details can drive your greatest real estate success. But if confidential information is shared with the wrong parties, the casualties could include the competitive advantage and solid reputation you’ve worked so hard to cement.

One way to address the risks inherent in sharing confidential information is to use a nondisclosure agreement (NDA), sometimes called a confidentiality agreement.

A real estate NDA should clearly identify what information is intended to remain confidential. For example, this could include:

In addition to protecting sensitive information, an NDA can provide many noteworthy benefits for buyers and sellers. For example, highly motivated buyers may be happy to sign NDAs if they think that these will limit competition from other potential buyers.

The natural give and take between sellers and buyers must also be considered. Without an NDA, fear can get in the way during otherwise promising discussions. As real estate lawyers Eon Nichols and Thomai Natsoulis write in the Real Estate Finance Journal, these contracts promote "free and open negotiations between the parties because the disclosing party has the comfort it needs that the disclosed information is protected."

Other specifics such as how long the NDA is binding will depend on the broker, buyer, or seller in question.

These variables can make the prospect of drafting or signing an NDA feel intimidating. Thankfully, many resources are available to streamline the process.

Not sure where to start? The following templates and examples will give you a feel for what to expect in a real estate NDA.

Still considering specialty names for your franchise? Get tips on naming your real estate business.

This detailed buyer’s NDA first identifies the purpose of the agreement: to allow Keller Williams Princeton to provide clients with "information on businesses and properties we are working with now and in the future." The NDA's intro adds, "We will not need additional approval on future business or property opportunities."

Later on, the document outlines its role in not only protecting the broker but also maintaining the seller's "ability to remain competitive within their marketplaces," which, as the contract states, "hinges upon their success in keeping any thought of a sale from reaching their suppliers, customers and employees."

This contract also references the need for due diligence on the client's end. It makes clear to signees that Keller Williams Princeton will not provide accounting or legal advice. Rather, "appropriate professionals must be retained for such services."

This real estate NDA directs buyers to "promptly return all documents and copies [of information and materials provided by the broker]...upon request within 5 days of being asked to do so." Similarly, prospective buyers must return any materials they receive as soon as they determine that they have no interest in acquiring the property in question.

Pearson Realty’s NDA clearly designates liability in the event of a breach. Should the buyer circumvent the broker's commission, the consequences will include "said commission upon sale, trade, lease or other transfer" of the seller's property. Similarly, the contract specifies consequences and available remedies if the buyer discloses real estate opportunities to third parties.

This document makes it abundantly clear that signing an NDA can have significant legal consequences. It reminds all parties involved that brokers are not attorneys — and that it is in the best interests of those intending to sign to first seek their own legal counsel.

Buyers should understand that the information they receive from their brokers is not all - inclusive. This reality is made abundantly clear in the potential buyer NDA agreement from J Mercer Company, LLC. The document specifies, for example, that "any sketches, plats, or drawings included in the offering are included to assist the reader in visualizing the property."

Meant for transactions involving commercial properties, this confidentiality agreement and NDA was developed by the legal department for the California Association of Realtors.

A detailed section on indemnification outlines what could happen if the NDA is not upheld. It highlights procedures for claims, the right to counsel, and even the potential for accruing interest if "any amount to which an Indemnified Party is entitled" is not paid promptly.

Now that you've looked at a few examples of real estate NDAs, you may be curious about what might happen if they're violated — and if they're worth using in the first place.

To help, we've highlighted some of the most common questions buyers, sellers, and brokers ask about NDAs. The answers to these FAQs also detail the potential risks associated with NDAs and the issues that can arise if these agreements are breached.

There is no set answer to this question. Each NDA establishes its own effective dates. While the terms of some NDAs apply indefinitely, others identify an end date. Ultimately, the NDA's period of validity will depend on the preferences of those who draft and sign it.

When determining how long an NDA should last, consider not only the specific period in which the contract will be valid but also the extent to which it will apply if the transaction ultimately falls through. Ideally, confidentiality obligations will not end the moment the contract expires or is terminated.

While an NDA can be drafted and signed at any point during a real estate transaction, Nichols and Natsoulis recommend executing these contracts "as early as possible in the (potential) transaction." Ideally, the parties sign and complete the contract "at the onset of business discussions" or, at minimum, "before any Confidential Information is disclosed."

NDAs can be useful in many situations, but they are far from risk - free. Attorney Benjamin Wright explains, "From the point of view of an enterprise that is asked to sign a nondisclosure agreement that favors another party, the enterprise is wise to stop and think about this carefully."

In general, it is always good advice to seek legal counsel before signing any legally binding document. You are within your rights to refuse to sign, although you need to be prepared for the consequences of such a refusal, such as losing the ability to access material information you would want to make a decision. It is sometimes preferable to, as Wright puts it, "tailor the agreement to scale back the risks." For example, rather than sign an NDA with terminology such as "forever," it may be possible to limit the period of nondisclosure.

It is possible to terminate an NDA. After all, NDAs are not enforceable if they are deemed unreasonable. Establishing this can be difficult, however, as it may require you to legally challenge the terms of the contract and demonstrate that the terms of the agreement place you at a major disadvantage, to the point that they can be considered oppressive.

Another consideration when determining whether an NDA can be tossed is the value of the contract for both parties. To be deemed valid, an NDA must benefit both parties involved. This legal concept is known as “consideration” — and it can be uniquely complicated in the real estate world. As such, anyone drafting an NDA would be wise to include details on how this document benefits buyers, sellers, and intermediaries.

In some cases, it's also possible to get out of an NDA if the information contained therein has already been disclosed to a third party or otherwise made public (not by the party constrained by the agreement). At that point, the terms of the NDA may no longer apply.

5. What happens if someone violates a real estate NDA?

The penalties for violating an NDA can vary dramatically based on the terms of the agreement and the context in which they are breached. Consequences can be financial or injunctive, but probably not criminal, as breach of contract is a civil matter.

It can be difficult to determine how much financial damage an NDA breach actually causes, so these contracts typically highlight the nonbreaching party's right to injunctive relief. This remedy orders those involved in the contract to refrain from taking specific actions that might cause further harm. Often, NDAs also include provisions related to the cost of attorneys’ fees in the event of a breach of contract.

6. Is there a list of nondisclosure states in real estate -- and what does this mean?

Your location will have a huge impact on how NDAs are handled. If your brokerage is based in a full - disclosure state, the sale price for a given property will become part of the public record. In nondisclosure states, however, nobody can be forced to disclose the sales price.

Therefore, unless you practice in a nondisclosure state, the purchase price of a property generally cannot be subject to an NDA.

Nondisclosure agreements are only the beginning to protecting your business. It’s also important to regularly touch base with your team of agents, know their pending deals, keep paperwork filed properly, and stay in the know on any potential liability risks for your business. As the owner/broker, having quality E&O insurance will also help give you peace of mind that your business would be protected if someone wasn’t careful or made a mistake.

How to Create a Real Estate Mission Statement for Your Brokerage

How to Set SMART Goals for Your Real Estate Brokerage