Seller's Agents: What If Someone Gets Injured at Your Open House? 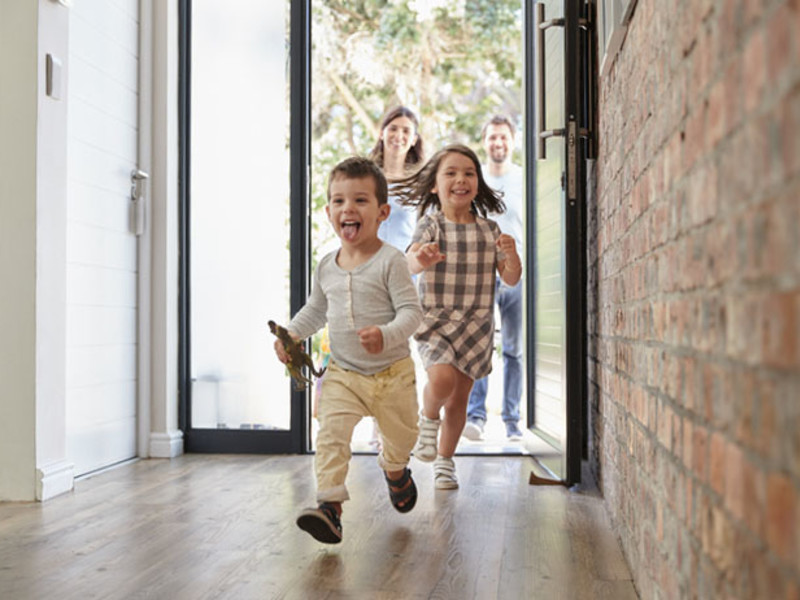 Imagine one of these accidents happening during your open house:

Who do you consider to be responsible for these accidents? Before reading any further, make a mental note of who you think is at fault in each of the three scenarios.

The Responsibility of a Seller’s Real Estate Agent

The seller’s agent has a duty to inspect properties they list for sale, independent of the sellers’ duty to maintain their homes with visitors’ safety in mind. The agent also has some reasonable control of -- and, therefore, responsibility for -- the premises during an open house. Now, keep in mind that this doesn’t mean that they’re absolutely responsible for visitors’ safety; however, it DOES mean that the agent should take reasonable steps to identify dangers that lie in plain sight that a visitor might not notice, such as a slippery spot on the patio, a broken floorboard, or any hazards that the staging service might’ve accidentally added.

While the homeowner is usually the defendant in situations like these, the real estate agent or brokerage may be named in the case if they were the ones in charge of the open house. I’ve also seen a homeowner named as the only defendant in a case, who then turned around and sued the agent for not taking care of their visitors. Agents may also be sued on a “failure to warn” basis -- as in, “Why didn’t you warn us the tree shouldn’t be climbed” or “Why didn’t you put yellow tape on that concrete step?”

The Rule of “Comparative Negligence”

People visiting an open house are considered “invitees,” guests at the residence with the owner’s invitation. Common law and some state laws protect invitees who are injured due to dangers and defects in the property.

In a well-known 1968 California Supreme Court case, Rowland v. Christian, a guest sustained severed hand tendons and nerves caused by a broken water faucet’s sharp edges. The court held that property owners can be liable to those who are injured by defects and dangers on their property.

That said, cases with different facts than Rowland have had different results. For example, there have been cases where visitors helped to create the danger through their own actions. In these instances, the owner or visitor may be liable for injuries that occurred during an open house, or they might share liability under a “comparative negligence” sliding-scale approach, which most states have adopted (with variations). This means that a plaintiff’s verdict is reduced by the plaintiff’s percentage of responsibility for causing the injury, as determined by the jury. For example, a plaintiff who receives a $50,000 verdict, but is found 20% responsible for their own injury, might be awarded only $40,000. Some states do not use comparative negligence to establish liability among parties. Instead, if the defendant can prove that the injured party was in any way at fault, they can avoid liability altogether.

Outcomes of the Example Cases Above

So, let’s revisit the sample accidents listed above. Of the three examples, the one involving the pool is the only real legal case; the other two are adaptations in which I’ve made the risk less obvious so you can think about your point of view.

In this real-life case, Jacobs v. Coldwell Banker, Mr. and Mrs. Jacobs were visiting a vacant, bank-owned house as potential buyers. Mr. Jacobs wanted to see over the fence to assess whether someone from the adjacent road could jump over the fence into the backyard. To get a better view, he stood on the base of the diving board. As he did so, he felt the board break loose from its base. It collapsed and he fell into the empty pool.

The seller’s agent had taken precautions: she hired a pool service to inspect the pool’s safety, and no defects were noted. The couple sued the agent and the bank (i.e., the house owner) for negligence. The broker brought a motion for summary judgment, asking the court to find that, under the facts of the case, it hadn’t breached any duty to the Jacobses. The Court of Appeals eventually agreed with them:

“Coldwell did not invite potential buyers to approach the edge of the empty swimming pool as part of their inspection of the property. To the contrary, the MLS listing warned potential buyers to ‘please use CAUTION around the empty pool.’ As the trial court aptly observed, ‘[t]he circumstances presented ... do not involve facts showing a practical necessity that [Mr. Jacobs] expose himself to the danger posed by an empty swimming pool, or an invitation from Coldwell that he do so. Instead of being required to expose himself to the dangers posed by the empty pool . . . the evidence indicates that [Mr. Jacobs] voluntarily exposed himself to the dangers posed by the empty pool in order to look over a fence.’”

If we tweak the facts of the Jacobs case a bit, the outcome could have been different. If, for example, Mr. Jacobs had said he couldn’t see over the fence – and the agent suggested that he stand on the diving board’s base – then there could be real liability for the agent.

Though not a dog-bite case – which would typically put the homeowner at fault – this scenario presents similar facts: the owner’s pet injures a potential buyer. Pets are as unpredictable as people can be – and even more so because they can’t tell us what they’re about to do. Why would sellers want their pets (other than those in an aquarium) to be in the house when it’s being shown? The would-be buyers aren’t in a pet shop; they’re looking to buy real estate, not a furry companion.

Tiny’s owner, the agent, and the young girl’s parents all have potential responsibility in this accident: the owner for letting an open house go forward with the dog on site and without supervision; the agent for not insisting that the young family stay together within her sight during the tour; and the parents for not supervising their daughter. A jury might decide that each party bears some responsibility for causing the injury, in which case this could end up as a “sliding scale of fault” outcome. If a jury found the parents 20% responsible, the owner 40% responsible, and the agent 40% responsible, a $50,000 jury verdict would be reduced by 20% for the parents’ fault, and the remaining $40,000 would be split equally between the owner and agent, since their percentages of fault were the same. As a result, the plaintiff would receive $40,000.

Now, who did you feel was at fault for the ornate vase breaking? The owner of the vase might be blamed for not housing it in a secure display case, but the potential buyer seems to have the lion’s share of the fault. And, the owner might want to sue the agent for not keeping a closer eye on the visitor.

The Role of Liability Insurance

In any of the above scenarios, the injured person may decide to sue the parties they feel are at fault, including the homeowner or the real estate agent. The real estate agent’s liability insurance policy would typically come into play, providing them with legal defense and expertise, including the expertise needed to argue for the agent’s fair share of the responsibility – as well as the funds for settlement. The injured person’s health insurance may cover their medical care, but they might still want compensation for pain and suffering, extra expenses, lost wages, or loss of consortium. The vase might’ve been insured under a fine-arts rider to the homeowner’s policy, but that policy would not cover the cost of the owner’s sentimental value or other consequential damages. Having a liability insurance policy would be critical to ensure a fair allocation of responsibility for these losses between the homeowner, the agent, and the injured party. In states that do not allow comparative negligence, having insurance to defend the agent can make the difference between a full judgment and no judgment.

Open houses should lead to closed deals, not to liability exposures.

How we use your email address
Louie Castoria

is a contributing writer for Berxi and a partner in the San Francisco office of Kaufman Dolowich & Voluck, LLP. For forty years he has been defending agents and brokers in professional Liability cases and educating professionals in avoiding errors and omissions risk. He is also a mediator, law professor, and nonprofit founder.

Why Do Real Estate Agents & Brokers Get Sued?

What Happens If Real Estate Agents Give Advice Outside the Scope of Their License?