The Best (& Worst) States for Physical Therapists in 2022 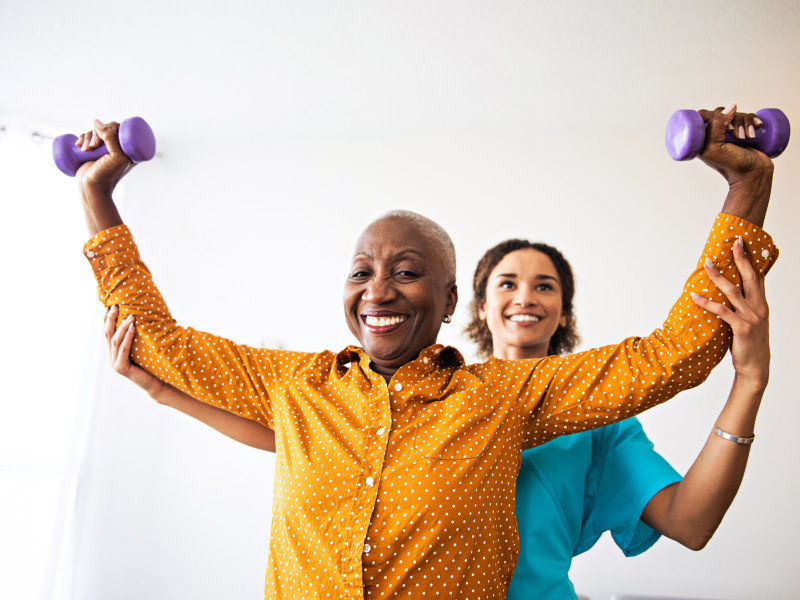 According to U.S. News & World Report’s Best Jobs of 2022, physical therapy ranks 10th among the 2022 top healthcare jobs in the U.S. On top of having some of the highest projected job growth numbers (PT jobs are expected to grow by 21% between 2020 and 2030, according to the Bureau of Labor Statistics [BLS]), physical therapy turns out to be one of the more lucrative healthcare professions in the country as well. (As of May 2021, the average annual PT salary was $92,920.)

These metrics vary from state to state, however, which means that where you live can play a big role in how your career shapes up. To help you determine where you have the best chances for both professional and personal satisfaction, we’ve identified four key factors that contribute to states’ being considered the “best” (or “worst”) to work in as a PT:

For each metric, we pulled the latest data from the BLS and U.S. News & World Report. Then we identified which states ranked the highest and lowest for PTs along all four categories.

Keep in mind that all BLS data reflect the employment and wage numbers for PTs as of May 2021. We'll update these tables when the BLS releases its 2022 data in May.

The 5 Highest-Paying States for Physical Therapists


The 5 Lowest-Paying States for Physical Therapists

The Best & Worst States for Physical Therapists: Affordability/Cost of Living

Cost of living is a really important factor to consider when determining your earning potential. To help you get a more accurate picture, we’ve turned to U.S. News' 2022 affordability rankings to find out which states are considered the most (and least) affordable. To determine how affordable each state was, U.S. News gave it scores on two metrics: cost of living and housing affordability. Based on those scores, each state then received an overall ranking on a scale of 1 to 50, with 1 being the most affordable and 50 being the least.

Keep in mind that U.S. News & World Report last updated its rankings in January 2021. We'll keep updating the tables below when new data is released.

The 5 Most Affordable States for Physical Therapists

To assess current employment levels, we looked at the most recent BLS’s OES statistics (May 2020). Next we turned to job demand projection data from Projection Central to show you the five states that are predicted to have the most job openings for PTs between now and 2028, and the five that are predicted to have the least. We’ve also provided the job growth percentages for the states as well.

The Best & Worst States for Physical Therapists: Quality of Life

Everyone defines “quality of life” a little differently, so to establish a standard unit of measurement, we turned to U.S. News’ 2021 best states rankings — specifically its "Overall Best States" list. First, analysts ranked each state for the following eight metrics:

Then the analysts used those sub-rankings to provide each state with an overall ranking. (You can read more about their methodology here.) Below, we've provided you with the rankings for the top five and bottom five, along with their rankings for each metric.

The 5 Best States for Physical Therapists' Quality of Life


The 5 Worst States for Physical Therapists' Quality of Life

Use the tables below to check how your state fares on measures of affordability and quality of life, according to the most recent U.S. News’ rankings.

How we use your email address
Lauren Garcia

is a contributing writer for Berxi. She's a freelance writer and editor from Orlando, Florida, and a 10-year news veteran. When Lauren's not busy with the written word, she's making magic in the kitchen or chasing her toddler around Disney World.

How to Write an Entry-Level Physical Therapy Resume [Template]

How I Started My Own Concierge Physical Therapy Practice