The Best (& Worst) States for Psychologists 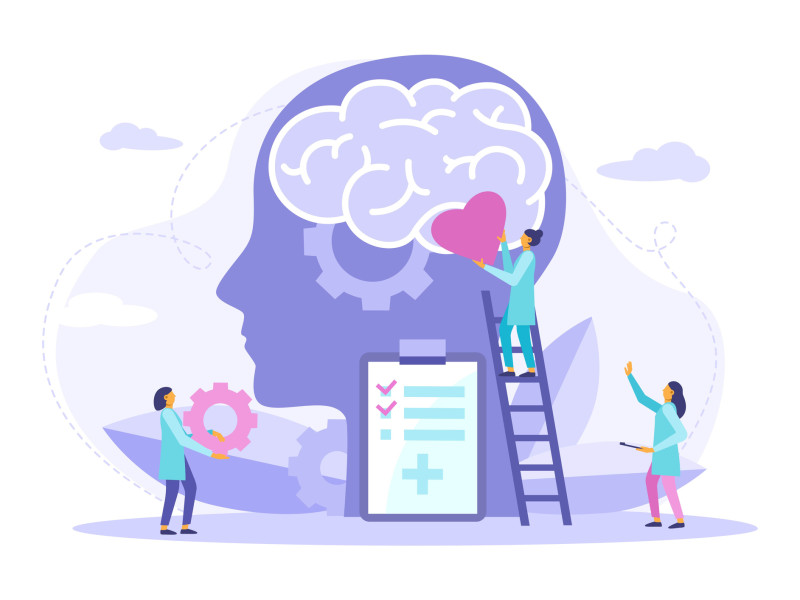 As a psychologist, you have one of the world’s toughest jobs in terms of emotional labor. On the other hand, workdays can be incredibly fulfilling. And when it comes to monetary payment for services, a career in psychology can also be particularly lucrative. Deciding on a home for your practice is not just about the salary alone but also the affordability and standard of living associated with an area, the ease of finding a job, and ultimately, deciding on a place where you and your practice can thrive. In this article, we cover some of the most important factors you’ll want to weigh when deciding where to practice. Plus, we’ll examine the rise of virtual mental health therapies -- and what that will mean for psychologists.

In terms of where you could have the best chances for both professional and personal satisfaction providing in - person counseling services, we’ve identified four key factors that contribute to states’ being considered the “best” (or “worst”):

If you’re considering starting a career in psychology or making a move to increase your earnings, read on to learn more!

The Best & Worst States for Psychologists

Psychologists are just one branch of an overarching group of mental health counselors, also including areas such as alcohol and substance abuse counseling, among others. This article focuses on clinical and counseling psychologists.

According to annual data from the U.S. Bureau of Labor Statistics (BLS), the five top - paying states for clinical and counseling psychologists as of May 2021 were:

The 5 Highest-Paying States for Psychologists

The 5 Highest-Paying Metropolitan Areas for Psychologists

On the other hand, psychologists earn the least money, on average, in some of the lesser populated states. According to Forbes, the annual average salary outlook in the Southern and Intermountain Western parts of the country is particularly grim, with the following states taking the last spots:

The 5 Lowest-Paying States for Psychologists


The Best & Worst States for Psychologists: Affordability/Cost of Living

While some states may be able to offer psychologists only a portion, on average, of what the top - paying states can deliver, the affordability/cost of living of each state goes a long way to make a geographic area easier on a counselor’s wallet.

According to U.S. News & World Report, the “higher the cost of living in a state, the harder it is for people of similar means with those in other states to make ends meet.” When conducting its cost of living analysis, U.S. News gives one - third of the weight in the overall ranking of the most affordable states to that area’s costs of daily life and available housing. As of 2020, the most affordable states psychologists were:

The least affordable states, on the other hand, were:

California and Oregon’s placement on the list of least - affordable states for mental health counselors is certainly an interesting data point, as these states also appear on the list of the highest - paying areas for psychologists. The takeaway may be that even in a geographical area where salaries are higher, the cost of living and overall affordability of a state or metropolitan area may counter that compensation substantially.

The 5 Best States for Affordability


The Best States for Psychologists: Job Demand
Yes, psychologists are in high demand, at least based on the data available for psychologists. The demand for psychologists varies from state to state and from city to city. According to Projections Central Analysis, the states with the highest projected jobs between 2020 and 2030 are:

The Best & Worst States for Psychologists: Quality of Life

Whether you’re starting your career as a psychologist or considering a cross - country move, the quality of life in each state is an important factor to consider. Different sources offer different state lists due to slightly different ranking criteria. According to the U.S. News & World Report, the following five states rated the highest for quality of life in 2021, based on “data within 71 metrics across eight categories, such as education, health care and opportunity.”

The five bottom-ranking states for quality of life, according to U.S. News, were:

If you’re thinking of making a move, you may be looking for the easiest state in which to become a psychologist. The data below, pulled from Modern Psychologist, indicate the states where the psychologist requirements are easiest to obtain.

With the evolving telehealth trend of mental health apps, psychologists may have the ability to work in any state they choose, as long as licensing and state laws allow for the practice. So your decision might come down to wherever you want to live as long as the salary meets the affordability.

How much do telehealth therapists make? ZipRecruiter calculates that the national average is $91,000. But the online mental health app Betterhelp states that its counselors make as much as $8,500 per month -- or $102,000 a year.

When working remotely or starting your own private practice, it could just come down to location. Where do you want to live? WalletHub recently published this list of the top states to live in overall, factoring affordability and quality of life and considering many data points, such as safety ratings, economic outlook, education, and health. Here are some of the highlights of their top ten states:

Considering a move as a psychologist? There are many options available to you. Remember to take quality of life and affordability into consideration when deciding on a geographical area for you and your practice. After all, as a psychologist, you know that there are a variety of factors that go into happiness besides annual salary.

How we use your email address
Leigh Marcy

Leigh Marcy is a health and wellness writer with a background in healthcare, insurance, customer experience analytics, and corporate management.

The 11 Best Podcasts for Therapists & Mental Health Professionals in 2022

5 Examples of Ethical Issues in Counseling

Paul Dughi
Jan 26, 2023
Paul Dughi
How we use your email address