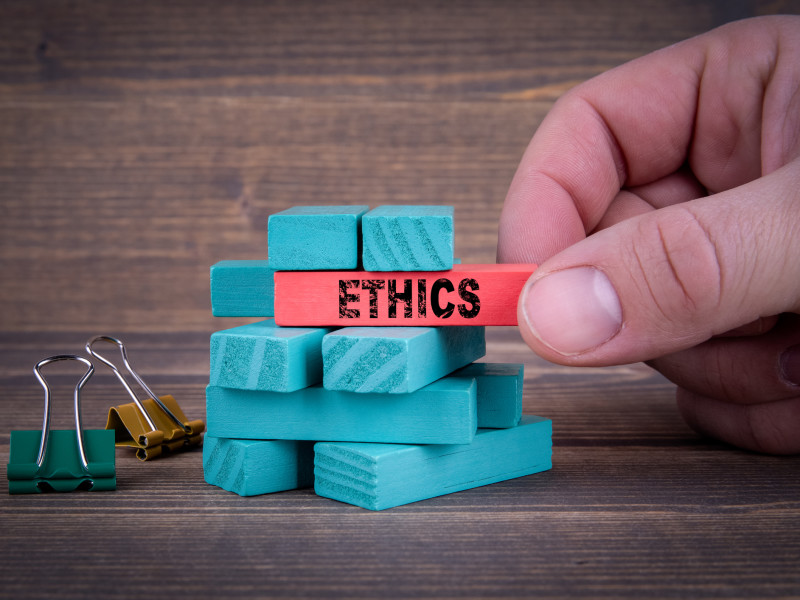 Mental health counselors will likely deal with multiple ethical dilemmas during the course of their careers. When these situations occur, the onus generally falls on the counselor to see the situation through properly. As a result, therapists need to be very well versed in the potential ethical issues they might face, as well as what actions to take when they arise. Some issues are black and white, but others live in shades of gray — so we turned to the American Counseling Association (ACA) for guidance to help therapists determine how to identify ethical issues and what to do once they’ve spotted one.

What Is Considered an Ethical Issue in Counseling?

According to the American Psychological Association (APA), “an ethical dilemma arises when two or more of the values found in the ethical principles conflict.” A dilemma becomes ethical when the resolution of the dilemma appeals to a professional’s values, requiring more than just technical expertise to resolve. The APA iterates that “resolving an ethical dilemma requires identifying the relevant values and weighing those competing values against one another to determine which receives priority.”

There are a myriad of ethical issues in counseling examples, but some of the most common have been highlighted by the ACA. These include:

What Happens if a Complaint Is Filed Against a Mental Health Counselor?

Facing an ethics violation complaint can be nerve racking for any professional, but knowing the process involved can provide some predictability and relief. The basic timeline for a complaint filed against a mental health counselor is as follows, according to the ACA:

Any current member of the ACA can have an ethics complaint filed against them, and so can any former professional who was an ACA member during the time of the alleged violation. Anyone can file a complaint if they “have reason to believe that an ACA member” has violated the ethics code, and the complaint can be considered if it is received “less than five years after the alleged conduct either occurred or was discovered by the complainant.”

The Committee conducts an initial review of the complaint and decides whether sufficient information exists to determine whether a violation may have occurred. If so, the complaint is deemed “accepted.”

The accused ACA member will be sent a copy of the accepted complaint, as well as supporting evidence and documents submitted by the complainant. The charged ACA member then has 30 business days to respond. It’s important to remember that the complainant bears the burden of proof during this process.

The Committee will hold a hearing to determine whether a violation of the ethics code occurred and, if so, what disciplinary action should be imposed. Each party has the right to call witnesses to testify on their behalf. The Ethics Committee will make its final decision. The charged ACA members have 30 business days in which to file notice of appeal.

While there are unfortunately existing cases of ethical violations in counseling, the silver lining is that therapists do not get sued often. What’s more, therapists have the ability to learn from past professionals’ mistakes. Some recent notable cases include the following:

As a professional, facing an ethical dilemma at some point in your career is inevitable. How you respond to the situation is what matters.

Step 1: Document the dilemma. Keeping detailed records will help you down the road in the event that an ethical dilemma devolves into a legal situation.

Step 2: Reach out to the ACA. Always seek the advice of the ACA, trusted professionals, and the ACA Ethics Committee when faced with a troubling occurrence. Keep records of your communications with the ACA, as well as the ACA’s responses.

Step 3: Consider ending the relationship with the client involved in the ethical dilemma. When deciding whether to end the counseling relationship with the client, it may be helpful to reference the Society for the Advancement of Psychology’s guide to the ethical termination of therapy. It’s also important for therapists to carry comprehensive malpractice and liability insurance in an unfortunate situation that plays out on their own watch.

If you’re a mental health counselor facing an ethical dilemma, know you’re not alone. Reaching out to other trusted therapists, the ACA, professors, or other professional organizations can help guide you on the right steps to take to avoid malpractice or improper treatment of a patient. Remember that while facing an ethical dilemma may be out of your control, you always have control over how you respond.

How we use your email address
Cara Gray Bridgers, JD/MBA

Cara Gray Bridgers, JD/MBA is a full-time attorney based in Raleigh, North Carolina. Cara uses her business and legal education as an in-house attorney at a global corporation by day. By night, Cara loves to read, write about business and law, and teach group fitness classes.

The 11 Best Podcasts for Therapists & Mental Health Professionals in 2022

Why Do Social Workers Get Sued?

Paul Dughi
Aug 18, 2022
Paul Dughi
How we use your email address