“I Was Sued After My Patient Fell & Died Post-Surgery”: One CRNA Shares Lessons Learned After a Malpractice Lawsuit 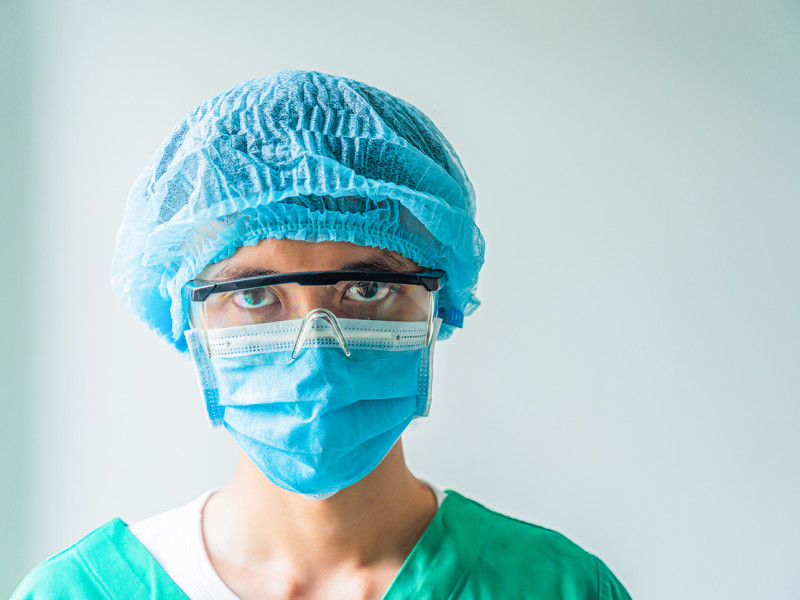 This story portrays the real-life experience of an anonymous certified registered nurse anesthetist (CRNA), interviewed by a writer.

It was a typical day in the same-day surgery department. I was assigned to the endoscopy unit to provide anesthesia to patients getting colonoscopies and upper gastrointestinal (GI) procedures. I had worked in this unit before, so I was comfortable in the environment, but I had a feeling that it was going to be a long day.

Same-day departments usually revolve around how fast patients are prepped in the preoperative area, the procedure, and how fast they are discharged postoperatively. I have seen my share of patients being discharged too quickly, when they are still drowsy from the anesthesia. I have also seen those discharged way past the "indicated time" because the postop staff wants to make sure that they are fully awake (which is the correct thing to do).

On this day, a patient came in to get a colonoscopy. We quickly realized that this patient might become a problem because of two things:

Upon arrival at the endoscopy unit, I was rushed to anesthetize this patient. There were 45 scheduled endoscopy cases for the day. We had only completed 15, and it was already 10 a.m. We start our day at 7 a.m. on Thursdays; therefore, 15 cases by 10 a.m. is a good number of completed cases. However, under the eyes of our head anesthesiologist, 15 patients were not enough.

I quickly noticed that it did not matter how much anesthesia I gave this patient--he wouldn't go to what is called "twilight sleep." Twilight sleep is where the patient goes to sleep and wakes up drowsy but does not remember what occurred during the procedure. While trying to figure out how much more to give the patient, I was dealing with our head anesthesiologist continuously going in and out of the room, checking to see what was happening, asking what is taking so long, and telling me to give more of this and more of that.

It took 45 minutes to get this patient to sleep; ultimately, I had to intubate him and give general anesthesia because nothing else was working. Throughout the procedure, the patient's blood pressure kept dropping. I kept giving him medications and fluids to keep the blood pressure up. At one point, the patient opened his eyes and looked at me, and then he went back to sleep.

At the end of the procedure, we took the patient to the postoperative area to recover before discharging him home. What would typically take 30-45 minutes to recover in the postop environment took 3 hours. The nurses monitored the patient's blood pressure and called me several times due to his blood pressure dropping. The patient got out of bed with low blood pressure, as the anesthesia given during the procedure was still in his system, resulting in a fall. When he fell, he also banged his head on the toilet seat.

After the fall, the fall protocol was started, and the patient was taken to get a computed tomography (CT) scan to see if there were any head injuries. He was admitted to the stepdown unit and monitored for 24 hours.

When I left my shift on that dreadful day, I could not stop thinking about this patient. I was scheduled to work the next day, but I went to check on the patient before beginning my shift. The patient had passed at 3 a.m.

I never imagined that a normal same-day surgery day would turn into a five-year nightmare.

As healthcare professionals, we always strive to ensure that our patients receive optimal care. However, some things happen that make you take a step back and second-guess your decisions.

This is how I felt for weeks after the incident. And from that day forward, everything I did, I second-guessed myself because I thought it was all my fault. Eight months later, this became more pronounced when I received a subpoena from a lawyer representing the patient's family. I was being sued for the wrongful death of Mr. XYZ.

The hospital lawyers did contact me to ask me questions about what happened and to see if they would represent me. But I already had my own representation, which thankfully was provided by my liability insurance. Also, I had lost confidence and trust in the system that I thought would be supportive during situations like these.

Why Was I Sued?

The suit alleged that because the patient received more anesthesia than the normal MAC sedation required for the colonoscopy, it led to the patient's blood pressure dropping, which led him to fall, bang his head, and ultimately die due to a brain hemorrhage.

The plaintiff’s lawyers argued that if fewer medications had been given, the patient would have been more alert, could have walked safely to the bathroom without falling, and would still be alive. Although the head anesthesiologist and the postop nurse were also being sued, the argument always came back to the amount of anesthesia used.

Immediately after receiving notice of the lawsuit, I went to the head anesthesiologist. I was a nervous wreck and was stuttering throughout our 45-minute meeting. Unfortunately, this was not the same anesthesiologist present that fateful day in the endoscopy unit, but he had heard about what happened. He asked me so many questions, but not one related to how I was going to be affected by this suit. All of the questions suggested that his only concern was protecting the hospital from any liability. I quickly realized that I needed my own representation and could not count on the hospital for support.

Six months after I was first sued, I attended a deposition arranged by the patient's family lawyer. I worked a lot during this time to keep my mind off what I was going through. However, being at work made me realize who supported me and who did not:

At the deposition, I was asked about every second of that day, from the moment I came until I left. They also asked me questions regarding:

I was bombarded with question after question. After 12 hours of interrogation, I couldn't even think anymore.

The patient fell in the bathroom because he never mentioned to the providers, in preparation for this colonoscopy, that he suffered from narcolepsy and vertigo. When he went to the bathroom, he had a narcolepsy attack and fell asleep, which caused him to fall and hit his head.

I was not taken to trial because my actions on that fateful day did not cause the patient's death, so I was dismissed from the case.

Lessons Learned by This CRNA

After the deposition was over, I took a stress leave, which lasted four weeks. However, upon my return, I presented my resignation letter, as I no longer wanted to be part of an organization that did not support me. I am currently working as a clinical instructor for CRNA students, and I make sure to let them know what I went through in this case, and especially recommend the following:

Do CRNAs Get Sued?