Do Nurse Practitioners Really Get Sued? 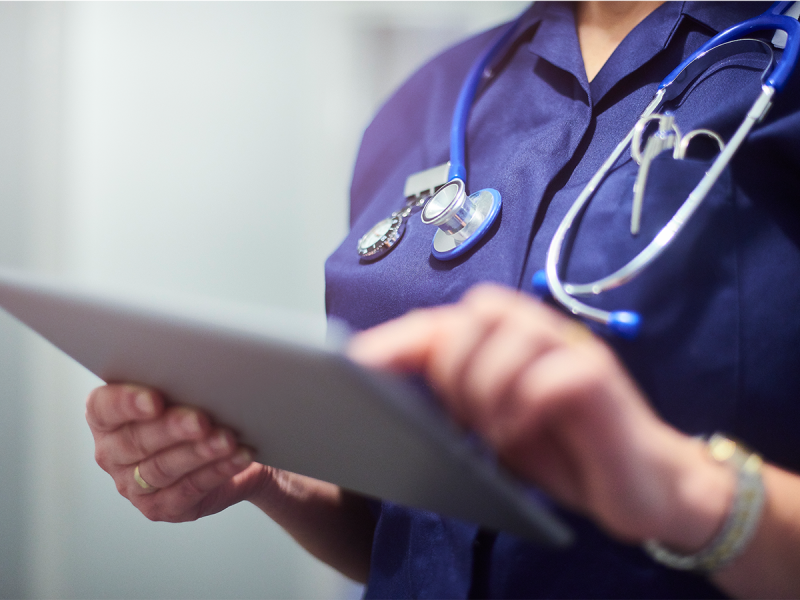 In today’s society, healthcare providers at any level are fair game for a medical malpractice lawsuit - and nurse practitioners (NPs) are no exception. In plain English, “medical malpractice” is when a healthcare provider injures their patient by not doing something they should have done, or by doing something they should not have done. Considering that many NPs can order tests, provide therapeutic interventions, and prescribe medications, they often face the same litigation concerns that physicians do.

If you look at paid claims data that the National Practitioner Data Bank (NPDB) gathered between 1990 and 2019, you’ll see that the number of malpractice claims involving NPs has been steadily increasing over the years. For example, in 1990, 41 malpractice claims were reportedly paid on behalf of NPs; the next year, that number nearly tripled to 120. Since then, the numbers have only been trending upward. In fact, in 2019, NPs were involved in a whopping 420 malpractice claim payments – the highest number on record for NPs. According to an article published in the July-August 2017 issue of the Journal of Professional Nursing, data collected by the NPDB revealed that malpractice claims involving NPs tended to be overwhelmingly related to errors in diagnosis (41.5 percent) and/or treatment (30.8 percent). Specifically, failure to diagnose accounted for 26.6 percent of claims and delay in diagnosis accounted for 11.3 percent, while delay in treatment and medication-related allegations accounted for about 3 percent and 12.8 percent of claims, respectively. And, of the claims with clear origin, the majority occurred in an outpatient setting.

Because NPs have an expanded role in nursing, which includes increased prescription and care abilities, claims of medical malpractice and the accompanying lawsuits are inevitable. Here are some examples of real-life malpractice cases that were made against NPs in recent years:

Source: 2012 WL 5394955 (Mass. Super. 1284 CV 03926)
An elderly patient died of septic shock, so her family sued her NP and care team, saying that they didn’t properly monitor and treat her urinary tract infection. The patient, 77, moved into a nursing home in November 2010 following a catastrophic car accident, which required continued care. The patient’s nursing home knew that because she had a urinary catheter in place, she had a history of – and was at higher risk for – recurrent urinary tract infections and sepsis. However, the patient’s family alleged that the care team, including a treating NP, was slow to obtain a urinary sample when the patient’s urine output dropped during the first month of the patient’s residency at the home, and then was further slow in determining that the prescribed antibiotic was resistant to the diagnosed UTI strain. The patient died five days after the care team determined that she had an infection. The family sued the nursing home, alleging that the home had failed to develop and implement a care plan that addressed her medical history, and that they had falsified documentation related to her care at the facility. The case was ultimately settled.

Source: 2017 WL 713418 (Mass. Super. 1382CV00408)
A breast cancer patient sued her primary care team, including her NP, for failing to order sufficient follow-up testing and biopsy after a breast exam. She alleged that this failure led to her cancer being diagnosed at a later stage than it should have been, and that this later diagnosis led to greater complication of recovery and remission. Specifically, the patient, a 47-year-old woman, performed a self-examination and discovered a lump. She reported the mass to her NP, who assessed the area and confirmed its presence. The NP recommended a mammogram and ultrasound, but did not refer the patient to a breast surgeon for further evaluation. The results of the imaging studies were reported as benign, but the patient was determined to have invasive carcinoma approximately six months later, which required chemotherapy, radiation, and continued medication. At trial, the jury found the nurse not liable and did not award the patient any damages.

Source: 2017 WL 6513554 (Mass. Super. 1483CV00965, 1583CV00067, consolidated)
A patient claimed that she was improperly prescribed certain medication that she shouldn’t have taken and, as a result, suffered significant upper GI bleeding that required hospitalization. The patient, 91, was followed by her primary care team, including her NP, during an admission to a rehabilitation facility. The NP prescribed Naprosyn for complaints of wrist pain, overriding an identified allergy to Motrin and allegedly to Aspirin. Although the medication was discontinued, the patient ultimately developed a significant GI bleed, malaise, fever, and nausea, as well as multiple blood transfusions secondary to gastric ulcers. The patient’s family alleged negligent medical care in many forms, including negligent administration of Naprosyn. The prescribing NP was named as a direct defendant in the litigation. The case settled in 2019.

It’s worth noting that in medical malpractice cases involving an NP, a physician generally is also either questioned about the NP’s care and treatment or named as a co-defendant. However, this doesn’t prevent the NP from being identified as a defendant independently.

Am I More Likely to Get Sued If I Have My Own Malpractice Insurance?

Not at all! Although some people worry that having their own medical malpractice insurance will make them a target for malpractice lawsuits, this is not true. Details about your malpractice insurance aren’t generally known to the public. Most states have a licensee database that allows the public to determine if a provider is licensed, their license number, and any disciplinary action against them. While there may be a reference as to whether the provider is currently insured, the amount and scope of your coverage is generally not publicly available.

In short, having your own malpractice insurance as an NP does not give you any higher risk of being named as a defendant in a malpractice suit.

What Can I Do to Reduce the Risk of Malpractice Claims?

The best suggestion for protecting yourself as an NP is to take diligent notes, even while recognizing the time and burden of doing so. Nursing notes are the best source of information when looking back to assess what happened when caring for a patient. This can be invaluable because litigation is often filed years after the care at issue was provided.

If you ever have concerns about a patient interaction, take notes that are even more detailed than usual – and as soon as you can. And make sure to follow your employer’s internal risk management policies and procedures.

If your practice relies on electronic health records (EHRs), be diligent about using the system as instructed and not just auto-filling from a drop-down menu to complete the record.

Additionally, make sure you’ve familiarized yourself with your state’s scope of practice laws for NPs. As you’re probably well-aware, different states have different rules about the scope of care that NPs are allowed to provide, and even your supervising physician might not know the ins and outs of them. If you’re unsure of your state’s particular scope of practice laws, make sure to look them up and be careful to comply with them.

As always, communication is key. This includes communicating closely with your supervising physicians regarding any care you provide and treatment(s) you prescribe to a patient, as well as with your peers during any transition in patient care. Your notes should always reflect these conversations as well.

Ultimately, these steps can help to reduce your risk of being named in malpractice suit. And, in the event that you are sued, having taken complete and detailed notes can also improve your chances of a favorable outcome either in settlement or at trial.

As an NP, you’re often on the front lines of a patient’s care and with that responsibility comes risk. While some NPs can go their whole career without a single claim of malpractice, others can find themselves faced with board actions or involved in lawsuits. In addition to providing the careful and thoughtful care NPs are known for, taking detailed notes, communicating openly with your supervising physician and other care providers, and knowing the rules can go a long way toward protecting yourself and your career.

How we use your email address
Stephanie Chesney, J.D.

is a contributing writer for Berxi and an attorney at the law firm MG+M, LLP. Chesney is an experienced litigator with significant experience defending a wide variety of civil cases, focusing specifically in commercial litigation and catastrophic injury.

What Is Negligence in Nursing?