How Much Do Optometrists Make? 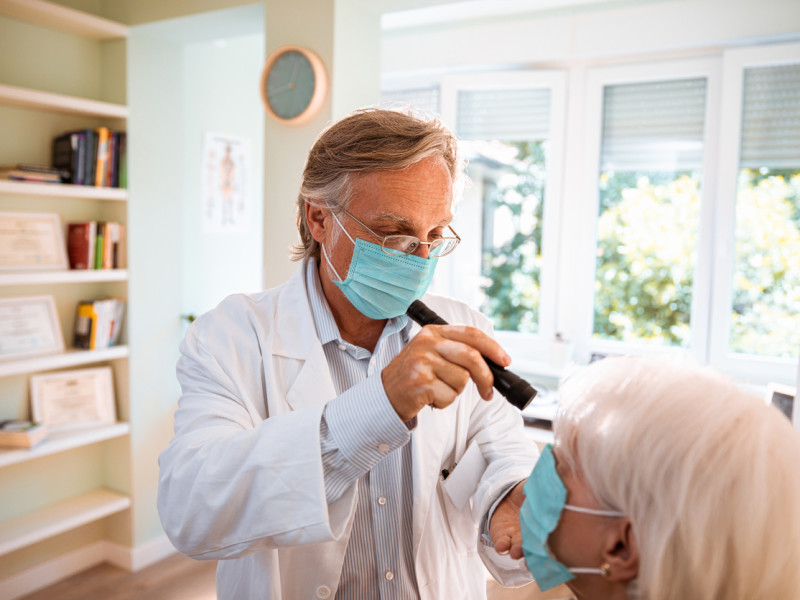 Here’s some good news for optometrists: Currently, O.D.s are in high demand, and will continue to be in high demand as the need to care for an aging population continues to grow. In fact, according to the Bureau of Labor Statistics (BLS), optometrist jobs are projected to grow by 9 percent from 2018 to 2028 — which will translate to about 4,000 new job openings. And if that's not enough, the U.S. News & World Report Best Jobs of 2020 rankings listed optometry as one of the top 20 best healthcare jobs in the U.S.

That’s all great information to have, but what you really want to know is what your earning potential could be, right?

Well, your actual salary will depend on a number of different factors, including:

To give you a clearer picture of what your earning potential could be in this field, we’ve outlined some of the most important salary-related information you should consider as you plan out your career.

Entry-level O.D.s earn about $101,578 on average, according to Payscale. However, starting salaries will naturally vary by location and industry.

How Much Does an Optometrist Make an Hour?

How Much Does an Optometrist Make a Year?

According to the BLS, most optometrists earn between $60,750 and $195,810 per year. You can potentially earn more as a self-employed O.D., but as an independent contractor, you’re responsible for paying for your own social security and Medicare taxes, a malpractice insurance policy, and health insurance.

When determining how much you could expect to make, it’s important to consider both average (or “mean”) and median salary figures. That’s because averages can be significantly impacted by “outliers”; in this case, the outliers would be a few optometrists whose salaries are drastically higher or lower than the rest of their peers. On the other hand, the median is the number that’s right smack in the middle of a range of values — in this case, that means that half of all optometrists make more than that number, and half make less. For this reason, median salary figures can help give you a much more realistic idea of what your earning potential could be. Let’s take a look at the data below.

The average salary for an optometrist is $119,980 a year. Optometrists who work in outpatient care centers and physician’s offices typically earn the highest salaries: $162,870 and $162,320 respectively. According to Indeed.com, O.D.s employed by Walmart earn $132,142 per year, on average.

The median salary for an optometrist is $118,050 a year, which means that half of optometrists in the U.S. earn more than this amount, and half earn less. The top and bottom percentiles earn $60,750 and $195,810 respectively.

Where Can Optometrists Make the Most Money?

There are a number of different factors that can affect your salary as an optometrist - two of the most important ones are the type of setting you work in, as well as the state you live in. Typically, states that have a higher cost of living, as well as higher demand for the particular profession or specialty, tend to offer higher salaries.

Take a look at the chart below to find out where optometrists can make the most (and least) amount of money by work setting and by state, including the District of Columbia:

Also noteworthy are the top paying metropolitan areas for Optometrists. Here are the top 5 cities and their annual mean wages:

And the 5 top paying nonmetropolitan areas with their annual mean salaries:

Optometrist vs. Ophthalmologist vs. Optician: What’s the Difference?

The Difference Between Optometrists, Ophthalmologists, & Opticians

How Do You Become an Optometrist?

To become an optometrist, you must complete an O.D. degree program. However, before you can apply to one, you must complete at least three years of college education and pass the Optometry Admissions Test (OAT). O.D. programs typically require previous undergraduate coursework in subjects like biology, chemistry, physics, English, and math.

Graduates of optometry school are required to become licensed in the state(s) where they wish to practice, as well as complete the National Board of Examiners in Optometry Exam. Depending on your state, additional exams, continuing education, and periodic license renewal may be required. O.D.s may also choose to become board-certified by the American Board of Optometry.

How Long Does It Take to Become an Optometrist?

Optometrists must complete at least three years of post-secondary education and four years of optometry school. Some O.D.s also complete a one-year residency program after optometry school in a certain area of specialization, such as pediatric optometry, ocular disease and family practice.

While all of this data can seem like a lot to digest, a big takeaway is that optometrists earn about $128,000 per year — often earning more in outpatient care centers — and have high job satisfaction overall. The U.S. News and World Report adds that this is a job with low stress, a good work-life balance, and a lot of upward mobility.

How we use your email address
Kathryn Flynn

is a contributing writer for Berxi. She is a freelance personal finance writer specializing in college savings, retirement, investing, insurance and budgeting. Her work has been featured in Forbes, Savingforcollege.com, Discover Student Loans, Huffington Post, and Care.com. She lives with her husband, three children, and dog in the suburbs of Chicago. Follow her on Twitter @katiepf.

How to Deal With Imposter Syndrome as a Healthcare Professional