Networking in Nursing: 17 Strategies & Tips to Help You Land Your Next Job 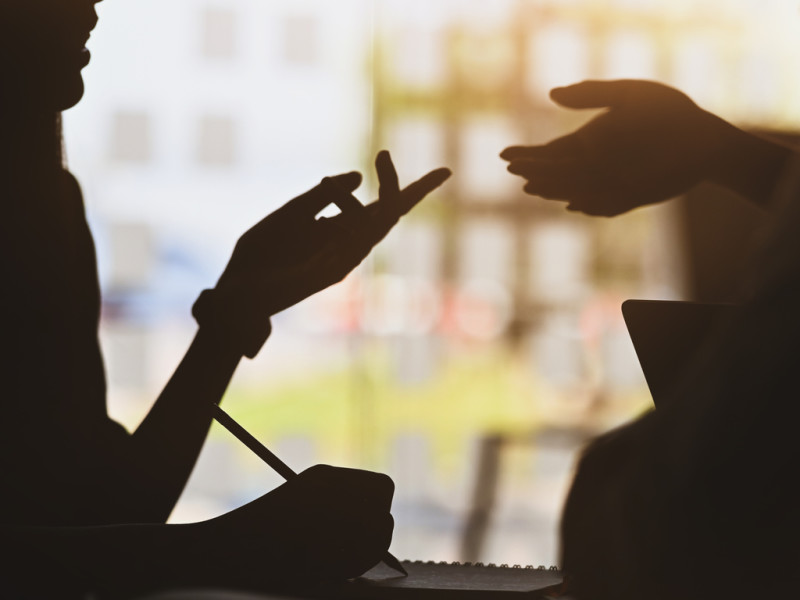 If you’re intimidated by the prospect of job networking, don’t be. We’ll walk you through how to tap into the existing network of people you know you can count on, and we’ll give you some tips and strategies for connecting with more people as you go. The next time your mom suggests you reach out to Aunt Edna’s godson (“He’s a nurse, too, you know!”), you’ll have the tools to know exactly what to do. And you just might be a better — and more successful — nurse or APN because of it.

What Is Networking in the Nursing Industry?

Networking is essentially relationship-building — something you do every day in your job. It’s also become a crucial part of developing a career.

Chances are, you already have a group of people in your life — nursing and otherwise — whom you can call on for advice and support, whether it's personally or professionally. That’s your network! It’s not just people you work with or hiring managers. Your network is made up of your family, friends, former classmates, your hairdresser, plus all the people you meet at conferences, online, or through friends of friends of friends. It’s everyone and their mother...literally.

Why Is Networking Important for Nurses?

As many as 85 percent of people get their jobs through networking, according to a survey by Lou Adler, CEO of performance-based Hiring Learning Systems. It doesn’t matter if you’re staff or management, RN or engineer. More people get their jobs through their connections than through job postings, which makes sense. People generally like to hire and work with people they already know and trust. Networking puts you on the inside track for new positions, promotions, and other opportunities.

But snagging your next job isn’t the only benefit. Networking can make you a better, happier professional, too, says Susan RoAne, networking speaker and author of “How to Work a Room.” When you get to know other people in your field, you have more people to call when you have a question or need to solve a problem. The bigger and stronger your network, the more chances you’ll get to learn from people who’ve been there before — and the more people you can rely on when you need moral support.

We might live much of our lives online now, but a little face-time can still go a long way. People tend to be more open to helping someone they’ve already met in person, RoAne says, and conversations might flow more easily when you’re pressing palms instead of typing on a keyboard. Here’s how you make those in-person connections happen.

1. Tap into your existing family, friend, and coworker networks.

At its core, networking is about relationships, says Veronica Pike, RN, MSN, FNP-C, and president of the American Academy of Nurse Entrepreneurs. As a nursing professional, that probably comes naturally to you already. You want to help people and connecting others is one way you do that.

Your former coworker, next door neighbor, dental hygienist — everyone you know is someone you can network with and connect to others. And remember: networking doesn’t need to be an overly complicated or involved process — it can be as simple as keeping in touch with your contacts (whether in-person or online) and engaging them in conversations when you’re curious about something they’re up to.

Conferences are designed to help people meet, share ideas, and discuss things they’re interested in. It’s like an all-you-can-eat networking buffet and a great place to make new connections, as well as maintain old ones.

To make the most out of these events, however, RoAne recommends implementing a few tips:

By including these factoids in your introduction, it gives the other person a seed they can use to keep the conversation going, RoAne says.

Local or professional nursing groups can be a great starting place, but connections can be made anywhere, including recreational organizations like book clubs, boot camps, or parent groups. You never know if the lawyer you’re spinning next to at Soul Cycle is married to a nurse manager looking to hire.

4. Find events in your area.

If you want to build relationships, you have to show up, RoAne says. Check out local event calendars or office announcements to see what events are going on near you, and swing by when you can. They don’t even have to be “networking”-focused, and you don’t have to go to everything, everywhere, RoAne says. But as your grandma might say, you won’t meet anyone sitting at home.

5. Host meetups in your neighborhood.

Create your own “nurse connect” event, where local nurses and APNs share advice, vent, give insight, and — by default — network. Go to a site like NextDoor and find your community. Post a coffee hour at a local spot and see who shows up. If it’s a success, you can even start to meet monthly.

Online Networking: 5 Strategies for Using Social Media to Help You Get a Job

When nearly everyone has a smartphone in their pocket, online networking has become an important way for people to connect with peers in their industries, as well as to grow and maintain their existing professional relationships. Here are some tips to help you get the most out of your online networking efforts.

In addition to social media sites like Facebook and LinkedIn, where you can join specialty groups (i.e., the Nurse Practitioner Group of Spokane, Washington, has 196 members), some professional organizations like the American Nurses Association and Sigma Theta Tau International Honor Society of Nursing have online communities where group members can share their thoughts, find new opportunities, and help each other out. These can be especially helpful if you’re moving to a new city and don’t have any contacts.

Nursing pros can be master multitaskers, but trying to juggle too many social media accounts can backfire. Instead of joining all the online platforms (or even several of them), try sticking to just one or two where you can focus your efforts and get the most opportunities to connect with your contacts.

When it comes to engaging with peers online, good networking means doing just that: engaging. Make sure to post, comment, and share to participate in relevant conversations and show that you’re a person who adds value to the group.

4. Be cautious about what you say — and what it says about you.

Even if you limit who can see your posts, people can take screenshots of anything you publish and share it without your permission. So make sure you’re putting your best foot forward at all times. Be respectful and thoughtful — even when you disagree with a post or comment — and never post anything you wouldn’t say directly to someone’s face, RoAne says.

5. Adapt your style to the platform.

Each social media platform has its own culture and guidelines for how you should interact with people in your network. For example, interactions on LinkedIn tend to be more professional and formal, but it’s typically not a big deal to “connect” with someone you just met. Facebook, on the other hand, can be more personal and relaxed with memes aplenty, but “friending” someone you barely know might be a little awkward. Pay close attention to what other people are doing (or not doing) on the platform, and try to adhere to the cultural norms of the online space as best you can.

Getting good at networking takes time, energy, and a whole lot of practice, but there are a few key things great networkers do all the time.

1. They give more than they get.

Networking should be mutually beneficial, Pike says. If one person only calls their contacts when they need something, that can put a strain on their relationships. If you’re a person who’s always ready and willing to help those around you (i.e., with an introduction, advice, or support), others may be far more willing to help you when you need it. And speaking of which...

2. They network when they don’t need anything.

Networking's kind of like tending a garden: you plant the seeds, spread compost, water them, pull weeds — and, in the end, you get some tasty veggies. If you wait until harvest time to plant your seeds, you might not get much out of your crop. Strong networkers play the long game, making sure they’re maintaining healthy relationships with their contacts before they ever need to ask for anything in return.

It’s not enough to pitch in when people ask you to; really great networkers actively seek out ways to be helpful, Pike says. They ask questions and try to spot problems they might be able to solve. For example, when a new acquaintance of Pike’s mentioned that she was launching an online course and had questions, Pike didn’t wait to be asked for help. In fact, she offered her expertise and connected her with a friend who had created a successful course in another industry.

4. They show their gratitude.

Great networkers make sure people know how much they appreciate them, RoAne says. Whether it’s a thank-you note, a call, or a small gift during the holidays, they're vocal about their gratitude when someone does them a favor or offers to help.

5. They acknowledge others’ accomplishments and contributions.

It’s not easy (or even all that effective) to brag about yourself, but it’s a different story when you brag about others. Think of it as being a “wingman” for people in your network. By talking up their work and successes to others, you’ll be able to breed goodwill with your contact that could pay dividends later.

If they say they’re going to do something — like send over a journal article or forward another’s contact information — great networkers do it. In short, they’re reliable, have great follow-through, and have proven that they can be counted on when it matters.

On your birthday, after having a baby, or when they see you’ve gotten a promotion, great networkers touch base periodically to pass on their congratulations or to just say hello. They ask former coworkers to grab lunch every once in a while and comment on (not just “like”) friends’ photos on Facebook. Staying connected in these small ways doesn’t take much, and it reminds people in your network that you’re still thinking about them — and it gives them a chance to think about you.

Getting Your Dream Job: How to Put Your Network to Use

Here are two examples of how you could use some of the networking strategies outlined above to help you get the most out of your network and advance your career:

Sample “Putting Yourself Out There” Networking Strategy

How we use your email address
Robyn Correll, MPH

is a contributing writer for Berxi. She is a writer and public health professional with more than a decade of experience collaborating with healthcare providers to improve population health. Robyn's writing has appeared in national publications, including the Washington Post, Chicago Tribune, and Huffington Post.

Charting By Exception: What To Be Aware Of When Taking Shortcuts