Real-Life Malpractice Case: One Registered Dietician Shares Her Experience of Being Sued 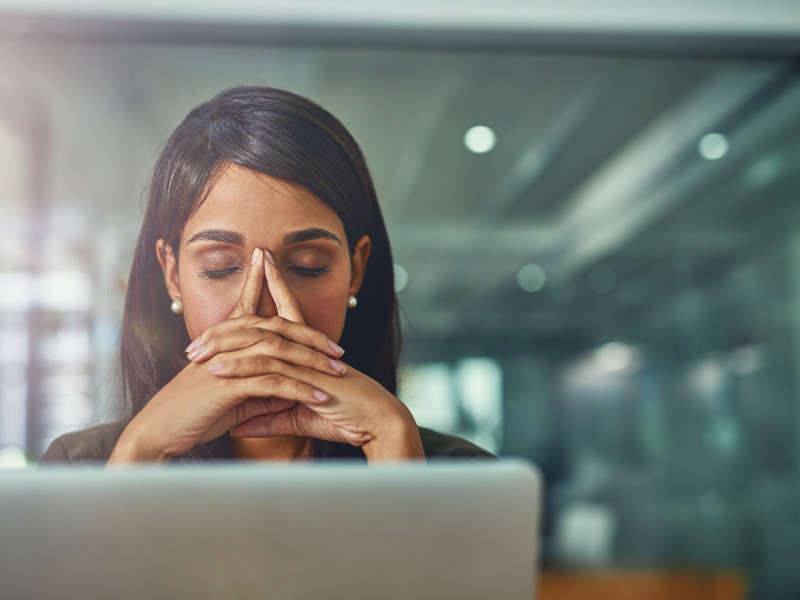 Do you know what can happen when you rush? Mistakes can happen.

The day started like every other Friday. After an exhausting week, I was looking forward to ending my workweek and enjoying a couple of days’ rest. From the minute I woke up that morning, I began thinking about getting back home to my pillow. I certainly didn’t start that Friday thinking that I would make a serious mistake, especially after an eight - year career. But mistakes do happen, and on this exhausting Friday, my number was up.

Registered dieticians (RDs) can specialize in different nutritional scenarios, such as obesity and weight management, kidney disease, diabetes, and other ailments. My specialty was caring for patients' nutritional needs through a percutaneous endoscopic gastrostomy tube (PEG). This tube, placed through the abdominal wall, allows nutrition, medications, and fluids to go directly into the stomach. This is usually needed if the patient has swallowing difficulties, appetite problems, or an inability to eat through the mouth.

It's my goal to provide the best recommendation for each patient according to their health and nutritional needs. Can there be risks? Yes, especially if the patient does not tolerate the nutrition recommended, has an allergic reaction, or is given the wrong recommendation.

As a hospital - based RD, I typically:

Usually, this is my daily work routine:

Generally, I get a list of 8-10 patients to see on a daily basis. However, some patients refuse to be seen or are having procedures and not in their rooms, so typically I visit with about 5-6 each day. For patients I could not see, I would meet with their nurses and, after a review of their charts, would make the appropriate recommendations.

The department manager gave me a list of "15 must - see" patients on this day. When I saw the list, I couldn't help but feel overwhelmed, especially since I had patients from the previous day who needed follow - up. In retrospect, the moment I felt overwhelmed I should have used my voice and advocated for myself and my patients. Having a too - high patient load can be a safety issue.

If on a typical day I visit 5-6 patients, participate in medical rounds, and attend mandatory meetings, how could I agree to see 15? I guess at the moment I didn’t know what to say or do, and I just went with the flow.

After receiving my patient assignments and reviewing the list of patients who needed follow - up from the previous day, I prioritized those from the "must - see" list. I mixed in a few of the follow - ups as best as I could. When I visited the "must - see" patients, I quickly noticed an issue. The other dietician in charge of those patients had not been to work in three days and so didn't write anything from a nutritional standpoint that would help me expedite the assessment.

What does this mean? I rushed through the assessments to complete this list of patients by the end of the day.

When I arrived at the last patient of the day, I was exhausted and was already working overtime. I was not familiar with this patient, and I was trying to go through the patient’s chart as fast as possible so that I could go home for the day.

I assessed the patient and then made my recommendations. However, a problem occurred. This patient had allergies that I was not aware of. Perhaps I did not see the allergies listed because I rushed through the patient's medical chart, or maybe the patient was not wearing an allergy bracelet even though they should have had one, which would have prompted me to ask the patient about their allergies.

As a result of not checking the allergies, I recommended a tube - feeding formula that the patient was allergic to, which caused the patient to have an allergic reaction within five minutes of the formula infusing.

The next day, I was informed that my error resulted in the patient having to be intubated and transferred to the ICU where he spent 30 days. Although the patient survived this ordeal, I doubted I would survive the guilt.

Have you ever been served with a deposition letter? Three months after my patient was discharged from the ICU, a stranger approached me in my front yard, shouted my name, and then handed me a letter requesting my appearance for a sworn deposition.

I felt like my world was falling apart, and I froze in front of my house. My neighbors must have thought I was crazy, as I stood still outside for 30 minutes looking at the letter. And of course, I received this letter on a Friday afternoon after work hours, so I could not reach anyone to discuss it until Monday.

The letter from the patient's lawyers announced that my former patient was suing me and my employer for the physical and financial harms caused by my dietary recommendation mistake.

I did not know what to do, but I managed to reach a lawyer friend (for whom I am thankful to this day). He came to my house that night, and I explained what happened to the patient after receiving the formula that I had recommended. I kept blaming myself and even asked my friend whether I should just accept the consequences since my error indeed had caused the problem.

I did let him know that I had done an incident report after I learned of what had happened but that my notes were not that great. I further explained that this patient was normally assigned to the other dietician but that she had been out for a few days, so I was unable to obtain a report from her.

Ultimately I hired my friend to represent me, and he stressed that although my recommendation had caused the issue, I was not 100% at fault for the patient’s dire outcome. I was confused, but I listened to him closely. After recounting the details I had told him, he identified the other factors that contributed to the patient’s being placed at risk:

I realized that my mistake would have been caught if the proper procedures had been in place and been followed. If they had, the patient never would have received the formula in the first place.

I started seeing the light at the end of the tunnel.

Once my lawyer explained the series of events leading to the patient's allergic reaction, the hospital's administration and legal team realized that several things could have prevented this from happening. A break in policy had occurred on several levels. Although I was part of that problem, others were part of it as well.

My manager had already investigated the situation when it happened and had provided me with a write - up. I also had a remediation plan as to how I would prevent the situation from happening again. My employer had already punished me for recommending the wrong feeding formula, and this write - up is what saved me.

Why? Because I had never had this happen before the dreadful day or after, and the hospital saw it as a one - time occurrence due to the circumstances. In all other respects, I had an exemplary employment record. The hospital's administrative team decided to help with my legal fees because they did not know how far this would go. Instead of using the hospital’s legal counsel, however, I decided to keep my lawyer because there was a possibility that the hospital would be held liable in parts of the case.

My lawyer advised me to notify my malpractice insurance company of the lawsuit and to open a claim. This would help cover any legal expenses that the hospital did not pay along with any settlement amounts I had to pay. Because my lawyer was part of the insurance company’s list of lawyers to use, I did not have to be assigned a new one.

I participated in several long depositions for the patient's legal team, who asked me the same questions repeatedly. Although I was super nervous, I always said the same thing. In addition, I did not make myself a victim. I always ended these depositions taking responsibility for my mistake.

I was thankful for my malpractice insurer as it was there every step of the way. Although it mostly communicated with my lawyer and through him processed the paperwork needed, my insurer was always available for me in case I had additional questions or worries.

Eventually, we settled out of court.

The patient's legal team wanted $1,000,000, and the payments were evenly divided among the four defendants. My liability totaled $250,000, which thankfully was within the $1 million per occurrence limit of my malpractice insurance policy. However, I later found out that the nurse, who was a consultant at the time, did not have her own malpractice insurance. Because the hospital did not help her, she had to refinance her home to pay her portion of the lawsuit.

When the case was over, I felt very uncomfortable working in this hospital. I thought everyone was looking at me (even if they weren't). I second - guessed myself repeatedly, and I could not concentrate.

I decided to take some time off, reevaluate my goals in life, and focus on getting back to good mental health before finding a new place of employment.

After a year, I decided to go back to school for nursing and am currently studying for my nursing boards.

Lessons Learned by This Registered Dietician

This experience opened my eyes to so many things, but I definitely learned these lessons:

What Are Limits of Liability in a Professional Liability Insurance Policy?