The intelligence, quick thinking, patience, and dedication needed to be a nurse is unparalleled by any other profession. So is the need for humor. 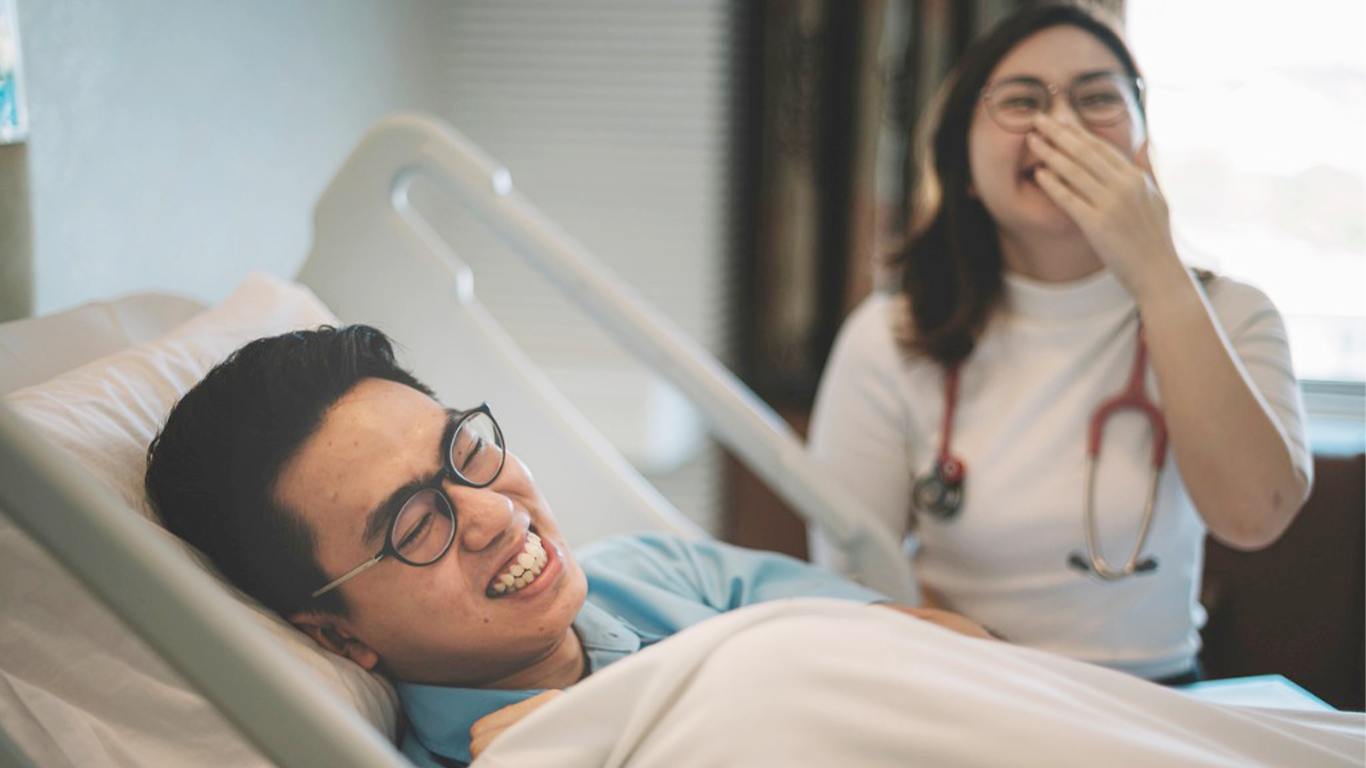 If you work in nursing, you're all too familiar with the fact that funny, weird, "I can’t believe they did that" stuff happens all the time. And the best part is that you aren't the only one who's seen it all. To prove it, we crowdsourced eight of the funniest on-the-job stories from nurses and NPs just like you. Enjoy!

“One late evening, I was working the emergency room and the police brought in an extremely intoxicated man who appeared to have been in an accident. I needed to do an assessment to see if or where he was injured, and asked him to get undressed and put on a gown. Of course, he responded with a resounding ‘No!’ and he wouldn’t get onto the stretcher. The officers attempted to get him to comply, but that was just agitating him. But I knew this man from past ER visits, and I knew he loved to dance. So I asked him to two-step with me. He was eager to comply. So we two-stepped to the stretcher, and he sat down. Then he began to undress, and throw his clothes about the room. Mission accomplished!”

“When I worked obstetrics, I had one post-delivery couple that I’ll never forget. The doting dad was as type-A as they get, you know the type — more is always better. About 12 hours after the baby was born, he started yelling at the top of his lungs for help. New mom was hooked up to a hospital-grade breast pump and dad had cranked it up to max! Mom was shooting milk from both breasts rapid-speed at a rate that was much too intense for her or any woman who has just given birth. They couldn’t figure out how to stop the machine, and her bed was practically vibrating with the force!”

“When I was fresh out of nursing school and, in spite of a residency in ICU, I was placed in a job in labor and delivery. (These are two VERY different types of clientele!) I was completely out of my expertise and realm, so when an MD called and asked me to write a patient's name on the schedule for an induction the next day, I did but really didn't understand what she was telling me. The following day, the physician came up to me laughing her head off. Apparently, under the column ‘Reason for Induction’ I had written ‘Prostate’ instead of ‘Post-date.’ I was so humiliated but able to have a good laugh at myself!”

“I had a couple in labor with no progress in a long time. The doctor consented them for a C-section, saying, ‘We are going to need to get this baby out the other way.’ After asking if there were any questions, and the patient and partner stating that they had none, the doctor left the room to go prepare for surgery. As I was preparing the patient, the partner asked me, ‘So they are going to take the baby out of her butt?’”

“We all know parents want the best for their children, especially when they have special medical needs. I had a mother whose daughter had severe epilepsy that was hard to control with medication. In her ‘research’ of alternative therapies, she had heard that seizure response dogs are specially trained to sense a seizure, and they can lick the person to bring them out of it.

“So she asked me about them. And then, I kid you not, she asked if she were to start licking her daughter’s face — you know, like the service dog would — if that would bring her out of her seizure.”

“The weirdest thing I had ever seen was a patient putting the gown on backwards — that is, until we had a certain European gentleman as a patient. I gave him the dressing gown, left the room, and came back a few minutes later with the doctor. To our shock, the man was leaning with his arms against the doctor’s table stark naked! He gave us a huge smile and started to come over to give us a hug. That’s when the doctor intervened with a firm handshake and a walk over to the still unopened dressing gown.”

“At one job, we used to leave blood and urine specimens on the counter to be picked up by the laboratory in the morning. So at the early end of a 12-hour night shift, I put diluted apple juice into a urine specimen cup — and left it on the counter. In the morning, I asked if anyone knew who the urine belonged to and when everyone shrugged their shoulders, I opened the lid and sniffed it. I said it doesn’t smell too bad and immediately downed it. The looks of shock and disgust on my peers’ faces were amazing and priceless!”

8) The Practical Joker Gets His Due

“Every time I work a night shift, I take a break at 1 a.m. to sit in a room and meditate. One night, I had been sitting for about 25 minutes, when I heard a trauma code called in the emergency room. Since I was a charge nurse that night, I got up and went running down the hall. I was only about 50 feet down the hall when I realized my legs were still asleep and [I] couldn’t run too well. I slammed into the wall. Only through the sheer luck of reaching a rail that happened to be there did I prevent myself from falling flat on my face in the hall. And one of my peers was right behind me and started laughing in fits and seizures having watched the spectacle unfold.”

Corey Whelan is a contributing writer for Berxi. She is a freelance writer and reproductive health professional specializing in parenting, and health and wellness content. Corey's work has been featured in multiple media outlets, including HealthLine, CBS Local, Berxi, Care.com, and Reader’s Digest. She shares her life in Brooklyn, NY, with her children and two shelter dogs. Follow her on Twitter @coreygale.

The 30 Best Nursing Quotes for Every Mood