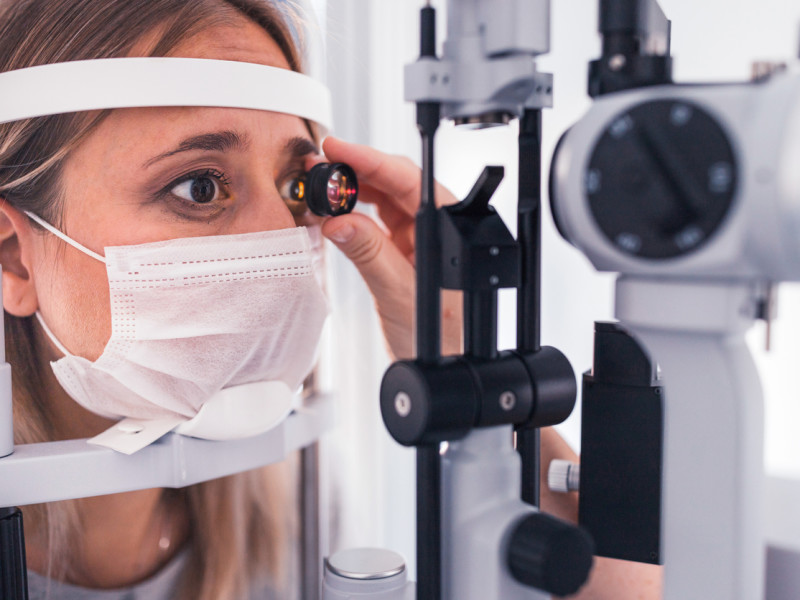 Medical malpractice: two words that stop a healthcare professional like you in your tracks.

Fortunately, the number of medical malpractice cases brought against optometrists is small compared to other healthcare professionals. From 2000 to 2020, according to the National Practitioner Data Bank, optometrists faced 2,813 malpractice cases, or roughly 140 a year. Only 30 percent of these resulted in any monetary payments.

But even unsuccessful malpractice suits rob time, money, and reputation. As a practicing or newly graduated optometrist, you need to better understand why optometrists are sued and what steps to take to avoid a similar fate.

What Malpractice Is...And What It Isn’t

The term “medical malpractice” gets tossed around frequently enough to create confusion about what exactly qualifies as malpractice. But the concept has a very specific legal definition. Simply put, a judge or jury decides medical malpractice has occured when the services you provide don’t rise to the standard of care expected from a trained optometrist, resulting in harm or injury to your patient.

That doesn’t mean every poor outcome or instance of patient dissatisfaction falls under medical malpractice, however. Sometimes, regardless of your vigilance, a patient might disregard your advice, might not respond to treatment, or might base a belief that you erred on emotions rather than facts. Other times, it is just bad luck and not anyone’s fault.

The Elements of a Successful Malpractice Claim

So what factors into a successful malpractice claim? For a plaintiff to win their case, they must satisfy three main elements:

There are five main reasons why optometrists are named in medical malpractice lawsuits. The most frequent one – failure to diagnose – accounts for approximately 45 percent of malpractice claims, according to the National Provider Data Bank. The three most frequently overlooked diagnoses are:

A patient came for an appointment, complaining of tired eyes while reading, after being told to seek an eye exam during an attempt to review her driver’s license. During the examination, the optometrist conducted an exam of the internal eye structures and detected abnormal opacities that were larger in the right eye. The provider indicated they were evidence of incipient cataracts.

The patient and her mother inquired if an ophthalmologist appointment was necessary. Instead, the optometrist suggested annual monitoring for 2-to-3 years that would result in updated medical guidance. He prescribed glasses, but the patient saw no improvement with them.

Several days later, she saw an ophthalmologist who immediately diagnosed her with uveitis. She was referred to the hospital that evening for cortisone and other medications to treat intense eye pain. From that point, her treatment included a stay at the National Institutes of Health. Though her condition improved, the long-term prognosis was probable blindness.

The ophthalmologist who eventually saw the patient testified that had he seen her on the same day as her initial optometry appointment or within a few days, he could have started drug therapy and treatments that would have prevented the acute illness phase that progressed so quickly.

A jury found the optometrist guilty of malpractice on the basis that he failed to refer the patient to a specialist.

An 8-year-old patient was brought to an eye clinic on an Army base because his mother reported his eyes were crossing. During an initial exam, the optometrist diagnosed the patient with accommodative esotropia that could be corrected with eyeglasses and recommended a follow-up appointment one month later.

At the follow-up visit, the optometrist determined the patient’s right eye had “no good reflex,” so he wrote another eyeglasses prescription and recommended a 4-month follow-up. Within a few months, the patient frequently took his glasses off, complaining he couldn’t see well. A further examination with the optometrist revealed only light perception in the patient’s right eye, and he was referred to an ophthalmologist.

A judge found the optometrist guilty of malpractice due to failing to meet the standard of care during the initial appointments with the patient.

During a routine eye exam, an optometrist detected abnormally high intraocular pressure, but he did not schedule an appointment or actively refer the patient to an ophthalmologist. Instead, he suggested the patient see a specialist, prescribed contact lenses, and requested the patient return for a one-week follow-up appointment.

The patient neither saw the specialist nor returned for a second optometry visit. Three years later, after realizing he could not differentiate between traffic-light colors, the patient sought care from another optometrist. This optometrist, again, detected high intraocular pressure and scheduled a referral appointment for the patient. The ophthalmologist diagnosed the patient with significant peripheral vision loss, pigmentary dispersion glaucoma, and end-stage glaucoma.

The patient filed a lawsuit, and a jury found his original optometrist guilty of failing to comply with the standard of care.

What Can You Do to Help Reduce Your Risk?

There are several steps you can take to help reduce your risk of being named in a medical malpractice lawsuit, and to potentially improve your chances of winning even if you are sued.

Document: Documentation is key, Burton Bentley II, MD, founder and chief executive officer of Elite Medical Experts, advised in an interview. The electronic health record is more than a series of boxes to check. It’s your opportunity to accurately record not only your conversations with the patient, but also the services you provided, treatment strategies you discussed, and referrals you made. Include as much data as you can.

“Think of the electronic health record as your last chance to speak with the jury,” Bentley said in the interview. “It’s the first thing that’s going to be pulled out in a lawsuit. Does it accurately represent the encounter? Does it speak to your decision-making? Is it compliant with the standard-of-care?”

Communicate: Communicate openly with your patients, Kathy Ann Wolverton, JD, a medical malpractice attorney and partner with the Law Offices of Sandra M. Radna, PC, said in an interview.

“Communication with patients is critical – and so is documentation of that communication,” she explains in the interview. “If an optometrist finds a reduction in visual acuity, the reason should be clearly explained to the patient and also documented in the patient’s record.”

Contact your patient to ensure follow-up on your referral recommendations, Woverton also advises. If the patient has not followed up, emphasize the importance of continued care.

Consult: Embrace opportunities to consult with fellow optometrists. If you see something that looks unfamiliar, reaching out to a colleague for additional insights could help you avoid a missed, delayed, or incorrect diagnosis.

Inform: Having your patients sign informed consent forms is an effective way to prove you’ve done your due diligence in explaining their condition and any treatment options, Wolverton shares. This type of documentation can be a valuable part of your defense if you are sued.

What Do You Do If You’re Named in a Malpractice Lawsuit?

If you are included in a medical malpractice lawsuit, resist the temptation to contact the patient to ask questions or explain your position, Wolverton advises. Instead, immediately contact your malpractice insurance carrier. If the claim is covered, it likely will assign a malpractice attorney to defend you. You may be asked to providee a complete copy of the patient’s records, including office visit notes, prescription records, billing records, and referral documentation. Your attorney will want to thoroughly review these files.

“The more thorough your documentation and client communication, the better position you will be in and the better your attorney will be able to assist you,” Wolverton adds.

Does Having Individual Malpractice Insurance Increase the Odds of Being Sued?

Having your own medical malpractice insurance policy doesn’t increase your risk of being sued. Your insurance status isn’t a matter of public record, unlike past disciplinary actions taken against you, which are publicly available.

Having malpractice insurance protects you if you’re named in a lawsuit, and having an individual policy can provide more support than your company’s coverage alone. Having your own insurance and your own attorney also can be beneficial if you and your employer are at odds about the defense of a case. Whether you have years of legal-back and forth, settle out of court, or a jury returns a verdict for the plaintiff, having medical malpractice protects your personal assets.

As an Optometrist, you may never be named as a defendant in a malpractice lawsuit. Furthermore, not every bad outcome is due to malpractice. If you document your visits, communicate clearly with patients, and encourage them to follow up on any referrals, you will not only improve your provider-patient interactions but generally will be better positioned to protect yourself against malpractice claims in the future.

How we use your email address
Whitney Palmer

How Much Do Optometrists Make?