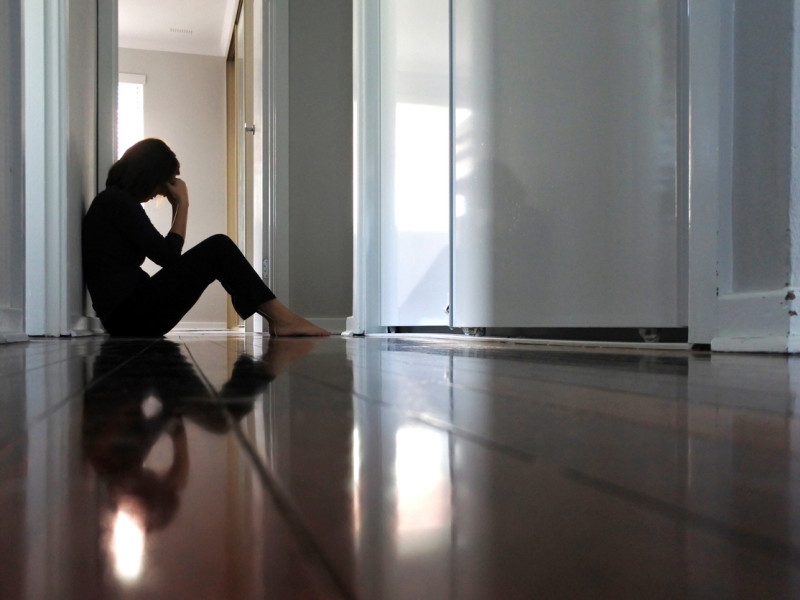 This story portrays the real-life experience of an anonymous registered nurse, interviewed by a writer.

“Within 20 minutes of patient arrival, as I reviewed the patient's medical history, the nursing assistant ran toward me, stating, ‘The new patient in Room 225 doesn't look right!’

It had been a busy day in a typical medical-surgical unit, with the usual issues experienced in some healthcare facilities, including short-staffing, high-acuity patients, and multiple back-to-back patient admissions.

The patient I’m telling you about was a newly admitted elderly man with pneumonia who had been feeling sick for two weeks. He was confused and pale when his family found him. He was disoriented upon arrival but could answer simple questions and even asked for a glass of water. Vitals were within normal limits.

Once I ran back to his room, he looked different from 20 minutes prior and was not responsive. I pressed the code blue button, and the code team arrived. After they worked on the patient for 35 minutes, he was declared deceased.

I remember this day like it was yesterday, although it happened over 10 years ago. I also remember that a few months later, I was on my day off, gardening, when I received a letter indicating I was being sued related to the death of the patient.

After working seven days in a row --due to short staffing and mandatory overtime, I decided to use my day off to do some gardening and destress. I remember this day because it rained, and the weirdest thing happened: there were two rainbows in the sky right next to each other. Thinking it was a sign of luck, I had a smile on my face, but about 45 minutes later, someone said my name. I was handed a brown envelope and was told the following words, "You've been served." Not knowing what they meant, I said, "Served with what?"

At the time, I’d had over 25 years of healthcare experience. But that letter, I’ll never get out of my head. The part that stuck out the most read, “Due to your negligence in caring for Mr. XYZ, you are being sued for violating the rights of this individual." This was my worst nightmare. So much for those double rainbows.

Total confusion filled my brain. I could only think of calling my nurse manager, who coincidentally was working on the day the patient in question was admitted. She told me not to worry about it, that everything was going to be OK, and that she was going to contact the hospital lawyers. However, she did ask me, "Do you have representation just in case?"

That's when I got a gut feeling that things were not going to be OK. I knew I needed to get my own lawyer ASAP.

After realizing that my future was hanging by a thread, I quickly checked to see if my malpractice insurance was active. Unfortunately, the insurance had expired a few weeks back, and I didn't notice due to working nonstop. Upon calling the insurance company to see if they would be able to help with this case, as the policy was in force during the time of the patient's death, they said no. It turns out that I had a “claims-made policy,” which can cover you only if you file the claim while you still have the policy. If I had had an “occurrence” policy, I might still have been able to rely on that policy. Lesson learned.

As a veteran nurse, I felt that my world was falling apart, and I did not know what to do. All of these emotions were happening as I continued to cover shifts in the hospital.

About one week passed from the day I received the letter, and I had not heard from the hospital lawyers yet. Still, I had already obtained my own legal representation and reviewed the case with them. I was advised not to talk to anyone about the case and write down everything I remembered about that day. Thankfully, I kept a meticulous diary of everything I experienced during my nursing shifts, and the entry from that fateful day was full of details, including:

The journal entries before that day and after were also as detailed, which became a vital part of my defense.

Why Was I Sued?

As it turned out, the patient had a living will and an advanced directive, indicating that if the patient became unresponsive, no resuscitation efforts should be done. On the day the patient was admitted, everything happened so quickly that I did not have enough time to find a Do Not Resuscitate (DNR) order or form, although one was completed by the emergency room physician before transferring the patient to our unit.

The family claimed that the patient experienced unnecessary pain during these efforts, and those resuscitation efforts violated the patient's rights, as they went against what was stated in his advanced directive.

I was stunned, but I understood what they said.

I was really glad I had my own attorney. The hospital's lawyers seemed to be focused on the hospital policy which stated that the orders had to be followed if a DNR form was completed -- and not as focused on my experience with short-staffing and patient-to-nurse ratios. Therefore, I felt I could not count on the hospital's support. However, the documentation, journal entries, and multiple short-staffing complaints proved vital to the defense I presented.

During the three years it took to get to trial, I lost 35 pounds from stress and went on stress leave, which led to depression and long-term disability. It all took a toll on me:

I even thought of settling out of court on one occasion, as I was offered the opportunity, but that would have meant I would have to sell my house and car. Because I was not working at the time, this also meant possibly filing for bankruptcy. However, I knew that other things happened that day, and every day during that period, which contributed to me failing to see the completed DNR form.

During the trial, which went on for approximately three months (but luckily was near my home), the lawyers for the patient’s family presented their case. They made sure that the jury understood the hospital policies and the importance of following them, while making me feel that I was the worst person in the whole world. It took a lot for me not to give up, but what saved me were:

The most terrifying thing was when I was called to the stand and had to testify. I will never forget how nervous I was and how the prosecution made me feel. They tried to twist my words and find errors in my documentation. However, my documentation was spotless and very detailed, and I remembered that day clearly and was able to answer all the questions.

All of this convinced the jury that the hospital violated its own policies in providing a safe working environment that allows for positive patient outcomes.

The defense presented all of this documentation and staff witnesses, including myself and other employee recordings. The jury determined that if the staff was not at fault for the patient’s death -- if the people responsible for caring for the community's health -- are not provided the needed resources to do their jobs, how can they possibly be expected to meet them?

The jury also determined that the patient's medical history showed that the family responsible for caring for the patient had neglected to take the patient to the doctor for four years.

Why is that last part important, you may ask? Because the jury stated that if the family neglected to take the patient to the doctor for four years, why is the act of trying to save the patient's life a bad thing?

The jury determined that I was not liable to the plaintiff, and concluded that as a result the hospital was responsible for paying:

The hospital was also told to issue an apology publicly and in writing.

Lessons Learned by This RN

After the trial, I took a long vacation to regroup and regain my mental health. Currently, I am working as a travel nurse and love every minute of it. I rarely talk about this case, and when I do talk about it, it is to teach lessons to nursing students about the importance of documentation and advocacy because this situation taught me to:

“I Was Sued After My Patient Fell & Died Post-Surgery”: One CRNA Shares Lessons Learned After a Malpractice Lawsuit